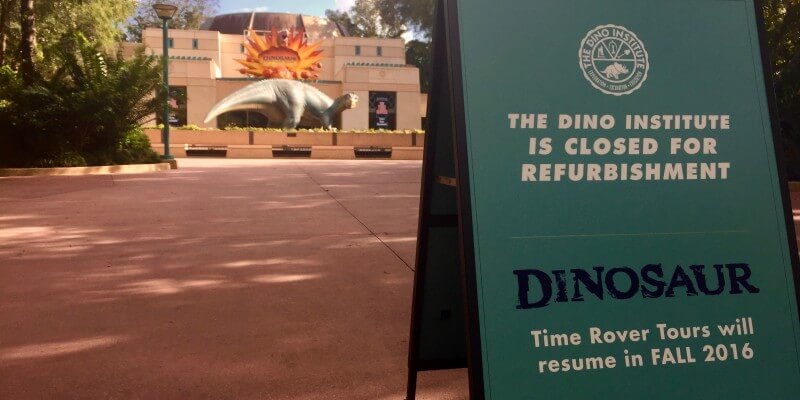 The popular prehistoric Dinosaur attraction at Disney’s Animal Kingdom in Walt Disney World has reportedly been pushed back to a later, unannounced date after it was previously scheduled to “evolve” from its refurbishment next week.

Multiple reports online indicate that guests with FastPass reservations are being contacted by Walt Disney World. Those holding their place in line as far ahead as mid-November are now receiving emails showing the Dinosaur attraction time slot replaced with a reservation at Expedition Everest, according to Doctor Disney.

Dinosaur went into hibernation for a rehab this summer and was scheduled to re-open on October 17th.  Now there is no official word on the attraction’s return to ridership or any information on the reasons for the delay in re-opening for the Dino-Land thrill ride.

Disney’s Animal Kingdom website simply lists the adventure ride as closed for refurbishment with no listing for completion.  Guests can check out the Disney attraction’s webpage for updates and/or stay tuned Inside the Magic for news of the refurbishment’s completion.