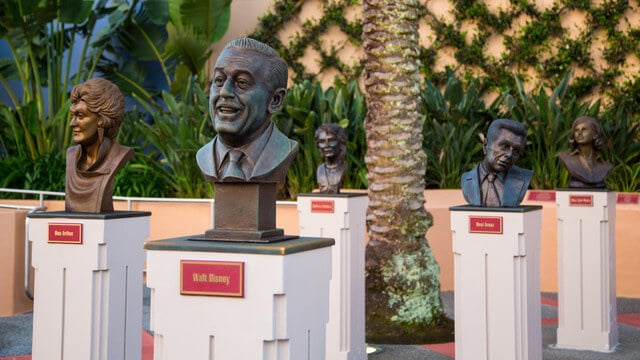 The Academy of Television Arts and Sciences Hall of Fame attraction at Disney’s Hollywood Studios is on its way out. The attraction, featuring busts of famous actors and TV stars, is now behind construction walls. Orlando Sentinel has confirmed that it will be replaced with a new food and beverage kiosk. There is no set opening date as of yet, but Disney has said that the space will be cleared by Thanksgiving Day. The location for the attraction is in a very populated area–next door to the Frozen Sing Along Celebration show. For this reason, it doesn’t come as big surprise that Disney would want to optimize this prime location for something more practical for guests.

The area has been a part of Disney’s Hollywood Studios since 1993 and was under the spotlight last year when the bust of the comedian, Bill Cosby, was removed after he was accused of sexual assault.

All in all though, this is yet another piece of Disney’s Hollywood Studios past being removed to usher the park into its brand new future.