Starting today, theme park visitors to Walt Disney World will notice a subtle change at the Academy of Television Arts and Sciences Hall of Fame Plaza at Disney’s Hollywood Studios. Yesterday, a Walt Disney World spokesperson stated that the bronze bust of comedian Bill Cosby would be removed after the park closed from normal operations Tuesday evening – and it was.

(Above photo by Melissa Loflin)

Here is the pedestal on which the bust formerly sat, now empty: Still remaining (for now) is a plaque with Bill Cosby’s name on it: 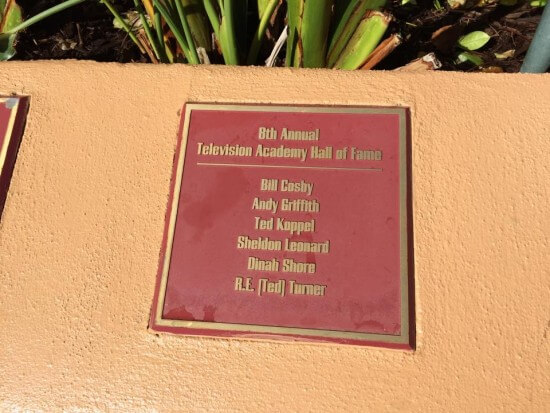 The move came after an online petition began drawing attention to the recent controversial public figure. It may be a surprise to some, but Disney is no stranger when it comes to distance itself from controversial subjects, including entertainment personalities.