The creative team of Sarah and Paul Kreutz, aka Saul Films, has crafted a creepy masterpiece in their web series Gardner & Wells. We Die, Secrets Don’t…sets the perfect tone for this spooky story.

The intrigue and slowly unwinding tale surrounding the Gardner & Wells funeral parlor and the two orphaned sisters is told without words, relying on a well-crafted animation, music and mood. From the familiar color palate to the artistic elements in the animation, fans of the Haunted Mansion will delight in the stylistic resemblance to the beloved ghostly retirement home (perhaps even a few Easter eggs?). After enjoying this wicked web series, check out the Saul Films YouTube channel for insight into the inspiration for many of the scenes in the series. 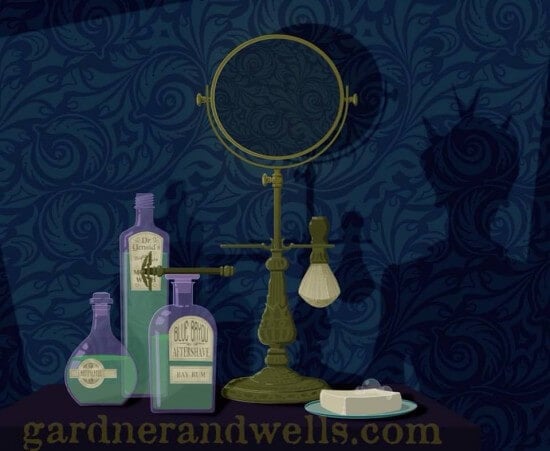 UPDATE: 6/27/19 Sarah and Paul Kreutz, aka Saul Films are back! New “Gardner and Wells” episodes of this boo-tifully produced animated series have materialized on YouTube.  Each eerie episode teases intriguing plot advancement of the deliciously dark story. Peppered with clever Easter eggs, Disney fans are sure to recognize a few nods. For example, many may recognize the brand name of this sewing machine from episode 9: 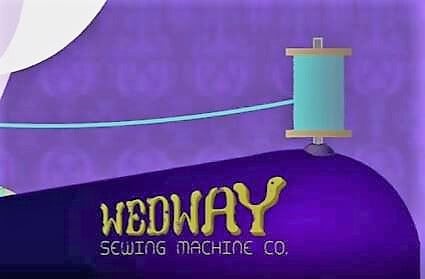 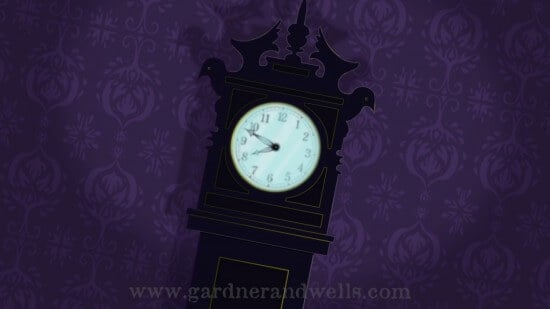 Two Sisters,
a Funeral Home,
a Town Villain and a Secret.
Welcome to…
GARDNER & WELLS

We love a good Ghost Story. The idea for GARDNER & WELLS was born out of the love for and influences of the ethereal fun from Disneyland’s “The Haunted Mansion” and the ominous atmosphere of Hitchcock’s “The Birds”. Recently, the Ghost and Horror movie genre has reveled in blood, gore, and violence – instead, GARDNER & WELLS harkens back to a time when storyline and visual style created the chills. We believe this approach appeals to a larger audience.

Death, Funeral Homes and Cemeteries are mysterious and unsettling but well known to us since we were raised in that environment. GARDNER & WELLS was an actual Funeral Home that exists today under a different name. It was a gathering place of people, stories and heightened emotions … a place that encouraged the dead to linger.

It is the perfect setting for the manifestation of one’s imagination.
(Gardner & Wells Website) 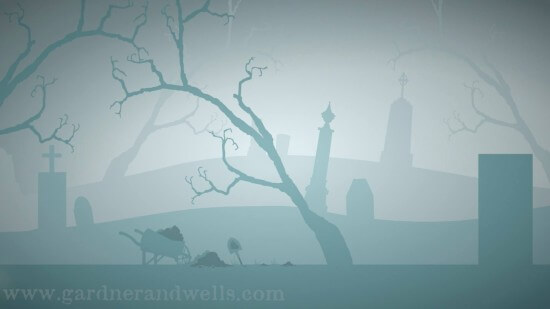 All five eerie episodes have been allowed to haunt the living via the Gardener & Wells webpage.  From the opening credits with its boo-tiful transition into the story proper, to the last reveal; this is a spooky series not to miss, especially for this frightfully fun fall haunt season.

Producer Paul Kreutz also hosts a series of Halloween How To videos on separate YouTube Channel.  Looking for some devilish décor that’s easy to make? Want a unique prop? Check his series here. 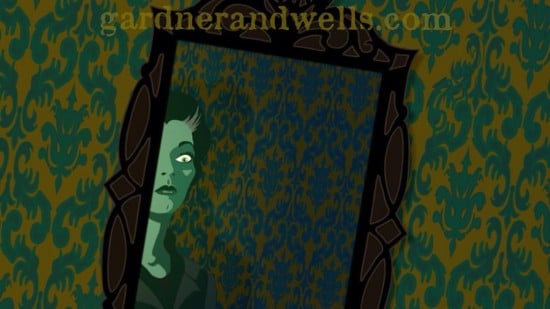