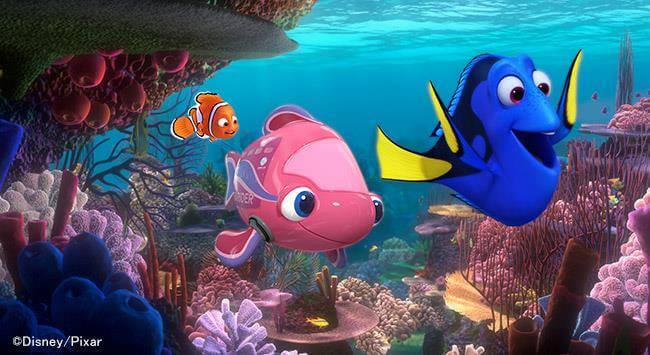 Guests planning an awesome vacation to Tokyo Disneyland and Tokyo DisneySea will have some new Disney properties to look forward to!

Oh My Disney reports that, in the spring of 2017, Disney’s Easter will be celebrated at both Tokyo Disneyland and Tokyo DisneySea. What’s new, you ask? Well, a new Easter-themed parade will feature the Tokyo Disneyland debut of Judy Hopps and Nick Wilde from Disney’s recent animated hit Zootopia.

At Tokyo DisneySea, the entire Park will be festooned with “colorful springtime decorations.” Park guests will “find décor themed to these bonnets in addition to Easter eggs.”

Furthermore, a new attraction will be opening in the Port Discovery area of Tokyo DisneySea called Nemo & Friends SeaRider. It has been reported that the attraction will “immerse guests in the underwater world of these popular stories by using a ride system that seamlessly blends glorious new visuals with a dynamic motion-base system.” Will it be anything like Nemo’s adventures in Disneyland Anaheim or Epcot in Orlando? Who knows, but the plot involves guests in their submarine shrinking to the size of a fish! If that’s not enough, their Turtle Talk attraction will be updated with Dory and Squirt joining Crush along with additional characters like Destiny the whale shark and Hank the octopus. Looks like the big blue world is about to make a big splash in the land of the rising sun.

Next up, just in time for Pirates of the Caribbean: Dead Men Tell No Tales, a special event will debut at Tokyo DisneySea where “guests can enjoy the show on the harbor featuring Captain Jack Sparrow, pirates, and tons of splashing water, as well as atmosphere entertainment presented by a crew of pirates.”

On top of the live entertainment, it looks like the park is going above-and-beyond to bring the Pirates universe to guests:

And lastly, coming on July 11, 2017 will be a refreshed version of the Tokyo Disneyland Electrical Parade Dreamlights featuring “an icy castle float with Anna and Elsa from Frozen” as well as new floats for classic characters like Cinderella and a welcome return of the coveted Beauty and the Beast float (which has been absent since 2011). It goes without saying that Tokyo Disneyland and Tokyo DisneySea have a lot of wonderful new additions to look forward to, and that’s great news for guests! For all things fun and awesome, stick with Inside the Magic!