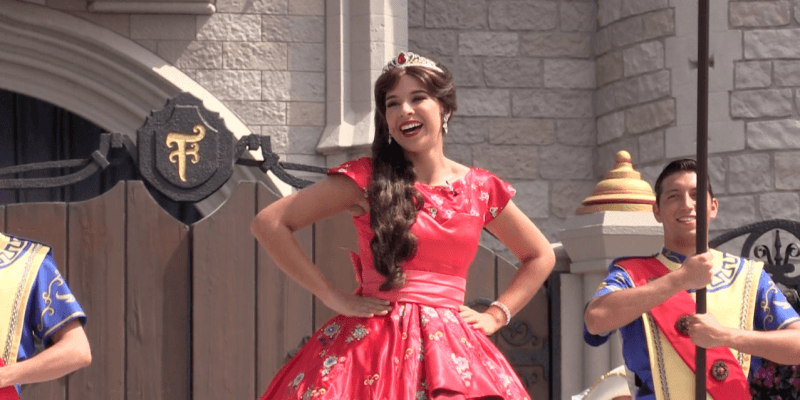 Welcome to the family, Elena! Today, The Disney Channel’s very own princess, Elena of Avalor was inducted to the royal court today in front of Cinderella’s Castle at Magic Kingdom park. And it was quite a beautiful ceremony. After a brief word from some Disney Parks higher-ups and the presenting of the “Elena of Avalor Scepter of Light Award” to one awesome Girl Scout, the radiant princess took the stage to thunderous applause. She was introduced by none other than Princess Cinderella and Prince Charming, and then proceeded to sing her trademark song “My Time” — she even busted out a guitar “oohs” and “aahs” from her adoring public. Check out the full video of the ceremony below:

And here’s a clip of just Princess Elena singing “My Time”:

So what do you think of the good princess making her mark at Magic Kingdom park? Let me know in the comments below, and stick with ITM for all things Disney Parks!