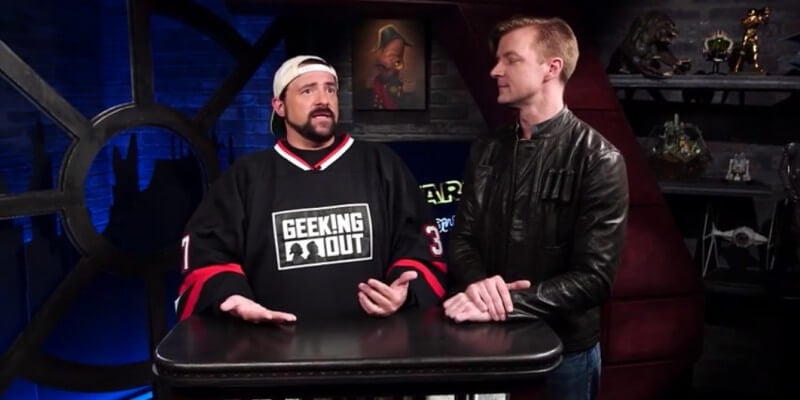 If you’ve been keeping up with Lucasfilm’s official Star Wars news webseries “The Star Wars Show,” since its debut back in May, you know it’s been an entertaining and reliable source of all things Star Wars– including breaking news, tidbits about fandom and conventions, and interviews with celebrities who are both involved with Star Wars or just fans themselves.

This week’s entry includes a chat with longtime Star Wars fanatic Kevin Smith, who famously included many discussions about and references to Star Wars in his early movies. Also touched on are the recent GamesCom announcements for “Star Wars Battlefront,” a dissection of last week’s “Rouge One” trailer, and a farewell to the man who played R2-D2, Kenny Baker.

For any and all future Star Wars news, check back in here at Inside the Magic, and be sure to keep watching “The Star Wars Show” as it goes up every Wednesday on the official Star Wars YouTube page and the Star Wars app.