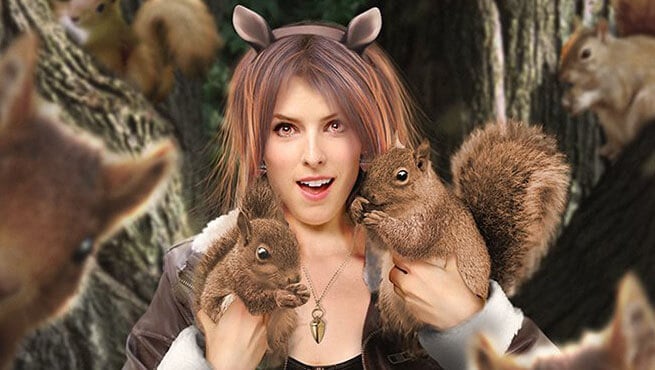 In the same way Deadpool rose through the masses as a cult sensation, so to has the mighty Squirrel Girl! The character, a friend of squirrels, has gotten a ton of love over the last few years and chatter has been circulating the Internet for actress Anna Kendrick to take up the furry tail in a live action movie.

Well ComicBook.com reports that Marvel Studios sweethearts the Russo Brothers are all about the spunky, talented young lady taking up the fuzzy mantle:

“It would be perfect casting, and we’re huge Anna Kendrick fans.”

And if anybody knows what makes the Marvel Cinematic Universe great, it’s the Russos. They directed Captain America: The Winter Soldier and the recent smash-hit Captain America: Civil War. If that’s not enough, they will also be directing both upcoming Avengers movies. When asked if there’s even the slightest chance that Squirrel Girl could be making an appearance in the upcoming movies, the brothers made it quite clear that maybe it’s not the right time to introduce new characters:

“Anthony would probably die from exhaustion if we introduced another character,” Joe joked before his brother spoke up. “That’s not to say we’re not going to introduce a new character.”

A new character, eh? I’m all about it. So what do you all think? Are you craving some Squirrel Girl in the Marvel Cinematic Universe? Let me know what you think in the comments below, and stick with ITM for all things fun and awesome!