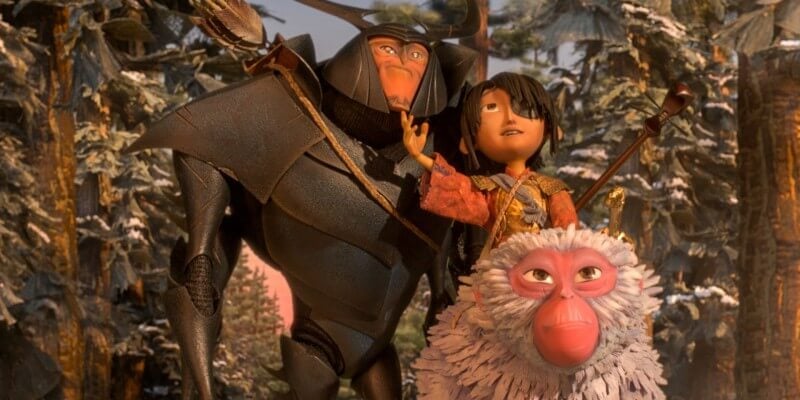 Considering the sheer amount of work that goes into it (and the recent prevalence of CGI animation over the more traditional hand-drawn style) I’m always surprised that stop-motion animation isn’t a dying art. Wikipedia lists 19 feature-length stop-motion film having been made since 2010, and the tradition shows no sign of stopping, thanks to a handful of dedicated artists and studios who have made it their goal to keep it alive.

One of the most high-profile of those studios is the American company Laika, which has been regularly producing a stop-motion film about every couple years since 2009, when it released its first feature “Coraline,” a now-beloved, haunting tale of a young girl who becomes entrapped in a sinister alternate reality.

This year Laika is releasing “Kubo and the Two Strings,” its fourth feature (after 2012’s “ParaNorman” and 2014’s “The Boxtrolls”) and perhaps the most visually immersive and technically impressive of them all.

“Kubo and the Two Strings” is the story of a young boy named Kubo, shipwrecked with his mother near a small village in ancient Japan, who uses storytelling and magical origami to reenact his legendary father’s exploits for the villagers. One day Kubo’s family’s past comes back to haunt him (in the form of his mother’s creepily-masked evil sisters) and the boy must set off on an adventure to find his father’s enchanted samurai armor.

“Kubo” is absolutely gorgeous to look at, and the animation is both seamless and mesmerizing. First-time director Travis Knight (previously Lead Animator on all of Laika’s other projects) has expertly crafted a beautifully captivating world using precise mise en scene and a hypnotic color scheme. The story of the film, heavily inspired by Japanese folktales, feels dream-like in a way that’s tonally reminiscent of something Studio Ghibli might put out.

During his quest, Kubo (voice by Art Parkinson of “Game of Thrones”) encounters many varied, beguiling creatures, both friend and foe, including the protective Monkey (Charlize Theron) and surly, forgetful Beetle (Matthew McConaughey), all of whom are hiding intriguing secrets, whether they know it or not.

The only questionable casting choice is Ralph Fiennes as the devious Moon King, who immediately comes across as channeling Lord Voldemort– an oddly unpredictable bit of typecasting for such an experienced, esteemed actor. Regardless, the character is so neat-looking in its several forms, like just about everything else in the movie, that any complaints become minor quibbles.

Similarly nagging at me was the fact that “Kubo and the Two Strings” employs the kind of magic that exists without a strict set of rules: literally anything can happen (and usually does)– something that usually bothers me in fantasy tales, but considering the story’s influences I was able to look past it. Again, I was so charmed by the movie’s visuals and characters it ended up being merely an afterthought in the bigger picture. Overall, “Kubo” is a joy.

2016 is already shaping up to be a very strong year in the animated feature department. Between “Zootopia” and “Finding Dory,” Disney’s upcoming “Moana” and even the raunchy “Sausage Party,” there’s bound to be some stiff competition in that category at next year’s Academy Awards, and that’s not even considering the many foreign-language offerings coming down the pike. But it would be a mistake not to consider “Kubo and the Two Strings” a serious contender for animated feature of the year. It’s truly wonderful.

“Kubo and the Two Strings” is now playing in theaters nationwide.

Comments Off on REVIEW: “Kubo and the Two Strings” will be a strong contender for animated feature of the year