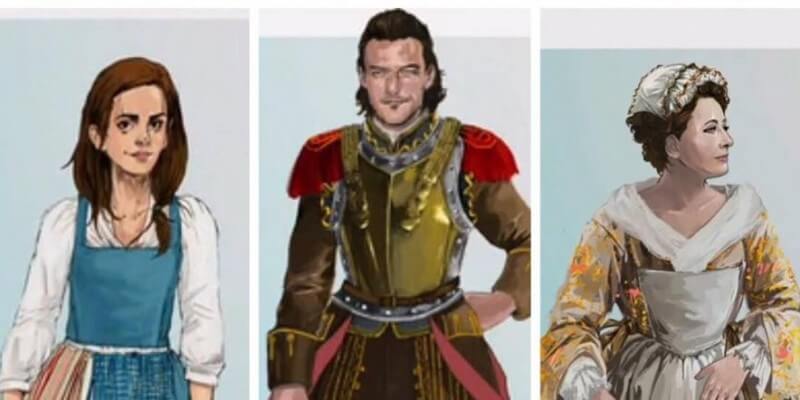 On September 19, the new 25th anniversary edition of the classic Beauty and the Beast movie will be released on Blu-ray. Included on the Blu-ray is a special sneak peek of the upcoming live-action movie starring Emma Watson and Dan Stevens.

Last week we got a look first look at the characters Cogsworth, Lumiere and The Beast. Today we can share with you, thanks to Twitter user @maconodom, new concept art showcasing how Emma Watson will look like as Belle, Luke Evans as Gaston and Emma Thompson as Mrs. Potts. Another image has also surfaced, which appears to be a scene from rehearsal,  which shows Luke Evans’ Gaston in the middle of a dance scene. In the background you can see pictures of Mrs Potts, Chip, The Wardrobe and the Footstool. The live-action Beauty and the Beast movie will debut in theaters on March 17, 2017.