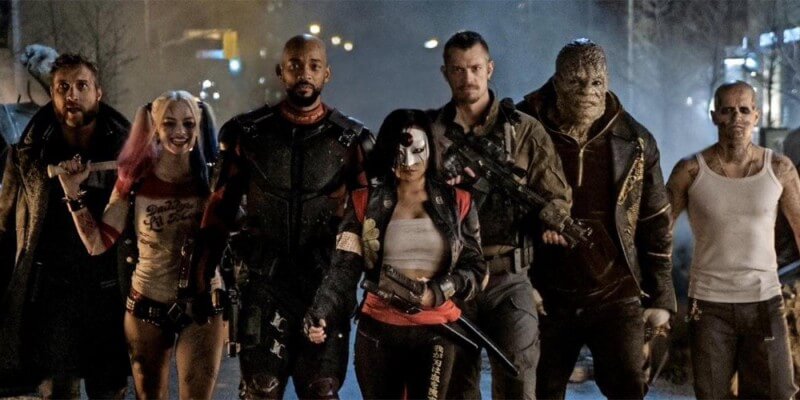 How you could be a DC fan and not fall in love with their newest live-action feature Suicide Squad is a complete mystery to me. But somehow, critics are panning this explosive popcorn romp at every turn. Potential spoilers abound.

Sure, it’s not 100% accurate to the comic, but the vibe that made the source material a cult classic is certainly there, and the characters are wonderful. In fact, the movie is basically a series of small, vignetted, golden character moments, and that’s exactly what it needed to be. We needed to see the government’s first shaky attempt at fighting the potential metahuman threat before the formation of the Justice League, and that is what we have here.

That is the purpose of Suicide Squad.

Leto’s Joker isn’t like any “Clown Prince of Crime” we’ve seen on film before, and that’s exactly the point. He’s the Joker who needs to pose an actual threat to the Justice League. He’s the big league. The heavy hitter. The crime boss with his fingers in every messed up pie in Gotham. He needs to feel invincible to take on the ‘League, and that’s what we’ve successfully established in this film. His acting choices are spot-on and this is easily the most comically-accurate version of Batman’s nemesis we’ve seen on film — sans tattoos and gold fillings. It’s still taking me a while to warm up to that cosmetic choice.

Harley Quinn and the controversial romance

Upon my first viewing, I feel Margot Robbie’s Harley Quinn was pitch-perfect: sexy, insane, and completely capable. And a brief glimpse of the classic Harley costume? Yes please! Now, the Internet is trying to tell me that we shouldn’t “celebrate” Joker and Harley’s relationship for fear of corrupting our youth. I think we can celebrate the screwed up, cringingly-abusive partnership of these two characters without acting it out in our daily lives. There were some absolutely stunning moments between them that deserve high praise.

They’re not role models, the exact same way the characters in The Affair on Showtime aren’t role models. But we can still enjoy them, because they give us a glimpse into a world we couldn’t possibly fathom. Characters don’t have to be “just like us” in order to be granted permission to appear on screen. Loosen up.

It’s no longer “just an opinion”

At the end of the day, based on all of the critics lambasting this film, this is the movie that finally convinced me that maybe it’s time to retire the old guard of film criticism in exchange for fresh blood and new opinions that empathize effectively with modern audiences. Maybe that’s a little harsh. Then let’s start with letting fan feedback be our primary source of information before seeing a film. Even better, let’s just keep an open mind and stop letting anybody outside of ourselves form our opinions on the entertainment we consume. Many professional critics are simply too used to a time of cinema long-gone and can’t familiarize with the “ADD generation” of filmmaking.

It’s no longer a matter of “Dude, get over it. It’s just somebody else’s opinion.” Great artists are putting a ton of love into making quality movies, and being told “GET OFF MY LAWN!” There are careers and box office numbers directly affected by negative reviews (despite Suicide Squad actually breaking August box office records). Boo hoo, right?

Based on much of the fan feedback for Suicide Squad, it’s very evident that this small group of old-timers are not the voice of the majority and therefore only serve to contradict and oppose, rather than grow and enforce evolution in this industry. I simply can’t look at a film like this and understand why anybody would give it below three stars out of five. Is it perfect? Hell no. But it certainly doesn’t deserve the lambasting it’s getting from the “cinema-elite.”

Moral of the story: don’t listen to the critics. Hell, don’t even listen to me. Go to the movies and have a blast for a damn change. We all deserve it.