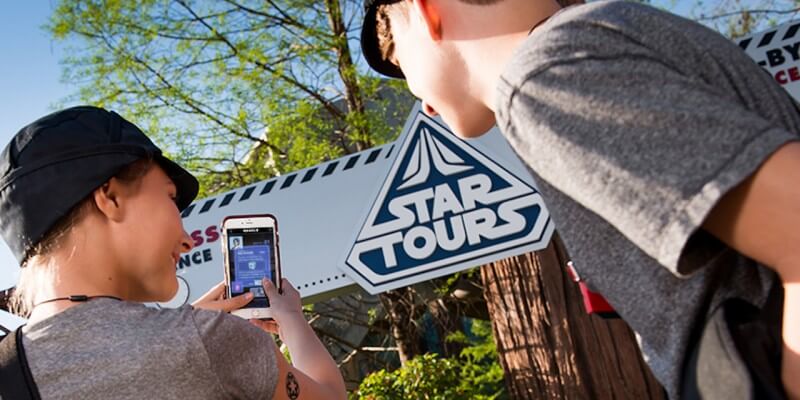 Are your rebels longing to defeat the Empire? It’s time to embark on a rebel adventure!

Imagine your rebels walking up to the resort room door to discover an Imperial recruitment banner. The Empire was there! Once inside, they’ll discover the Rebel Alliance has infiltrated the room, leaving gear and tech to help on a secret mission for the Rebellion.

Through augmented reality on their smartphone, Ezra Bridger (from the hit TV series, Star Wars Rebels) guides them on an undercover mission. Slipping on the included Imperial Security Officer disguise, they’ll head to the Star Tours attraction where hidden data they’re carrying will be transmitted in hyperspace. Once the mission is completed, they’ll be directed to their resort room to unlock a mysterious box holding a rebel medal of honor, like the one in the film Star Wars: A New Hope. 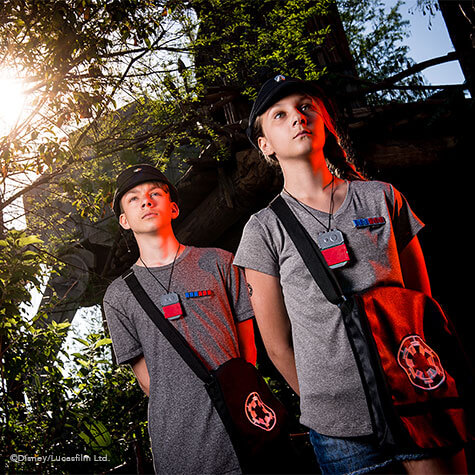 The Star Wars Rebels Interactive Adventure takes you from your resort room “barracks” on an interactive role-playing mission to the Star Tours Attraction. You’ll go “under cover” as an Imperial Security Officer, complete with rank bar, cap, satchel, and diversion tattoos. The Empire is always watching, so make sure they don’t identify you as the Rebel Spy! 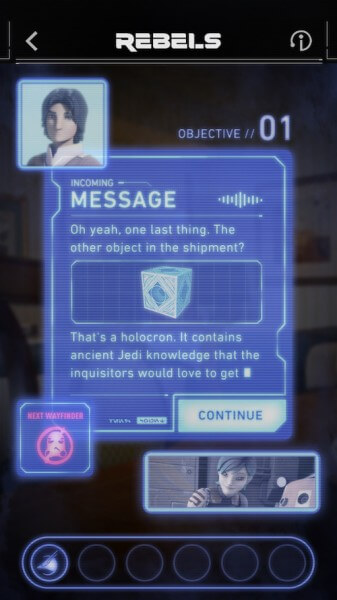 The adventure features unique technology exclusive to this experience. Through an augmented reality app on your smartphone, Ezra Bridger leads you on a mission to thwart the Empire. By scanning targets or “wayfinders” featured around your resort room and Star Tours, Ezra leads you to hidden information and gear needed to complete your mission.

The rebel tech on your phone allows you to experience the adventure again and again, even after returning home from the Disney Parks!

With equipment to help on your adventure, the mission includes a disguise and your data card to transmit information to the rebels at Star Tours. Other collectibles include a Jedi holocron, lightsaber, Rebel journal, four Empire recruitment posters, and an Empire door banner.

Have multiple rebels in your party? You can add-on elements of this adventure for everyone to experience! 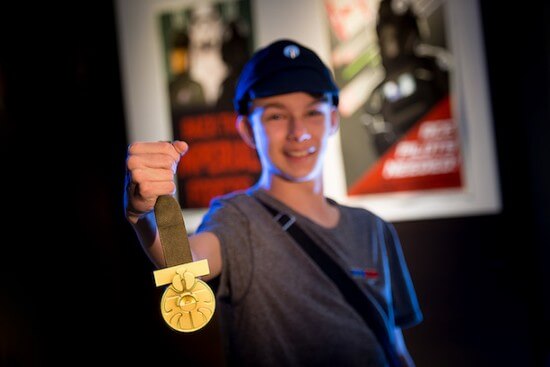 Once you’ve completed your mission, you’ll be rewarded like any true hero with a Medal of Bravery. Presented in a rebel lock box wrapped with a Phoenix symbol, this medal can only be recovered upon completion of your mission. Like the one seen in the film Star Wars: A New Hope, the medal’s design features a lanyard, which can be personalized, to identify your victory.

You will need to have access to an iPhone or Android smartphone. Rebels will need to ride Star Tours – The Adventures Continue attraction at Disney’s Hollywood Studios or at Disneyland. Theme park tickets and FastPass selections not included.