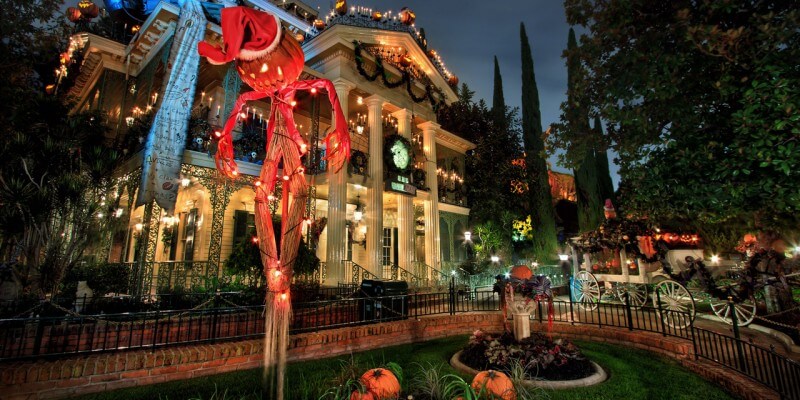 Halloween time is fast approaching at the Disneyland Resort and one of the season’s most popular attraction is the Haunted Mansion Holiday overlay. “The whole structure has been cobbled and stitched together from other different gingerbread houses and treats,” says Tim Wollweber, Associate Art Director for Disney Parks, who designed this year’s house. “But it appears that sometime during the house’s construction, a gingerbread ghoul was entombed! Apparently he’s eager to sew himself up inside – much like another mansion graveyard ghoul you’ve probably seen.”