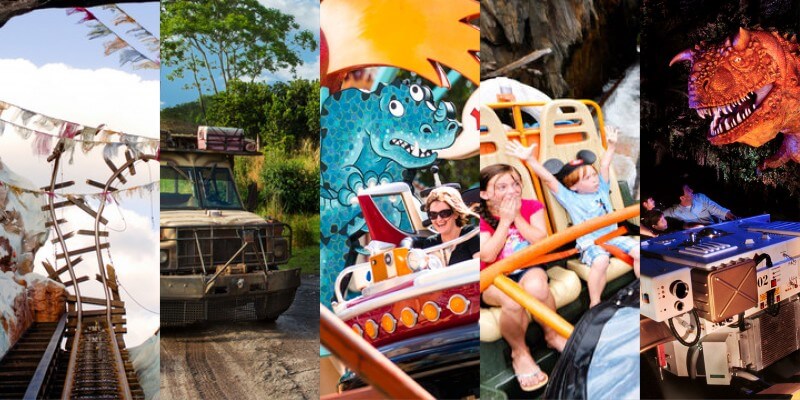 When the causal, non-obsessed park-goer think of “rides”, they certainly don’t think Disney’s Animal Kingdom. This is so unfortunate, considering the lush, earthy paradise actually houses some of the best rides on property — yeah, I said it. I’m even reading this headline; you had some amazing moment or attraction in your head that you’re hoping I’m going to mention in my little listicle here.

Well, I’ve assembled five of my personal favorite ride moments (in no particular order) in the world of Animal Kingdom — an incredible Park on the up and up for the last few years. If you’re reading this by the time James Cameron’s Pandora: The World of Avatar comes out, I’m sure this will seem a little dated. But love it while you can! First, let’s talk about rides:

Whether you’re riding it for the first time or the fifteenth time, that moment where you see the track upturned in Expedition Everest before plummeting (backward) to your doom is a Disney treasure. It adds that extra layer of danger to an already fantastic ride experience and is easily why people keep coming back. I mean…that and “disco yeti” at the end. So, for extra anxiety, ride this baby at night. 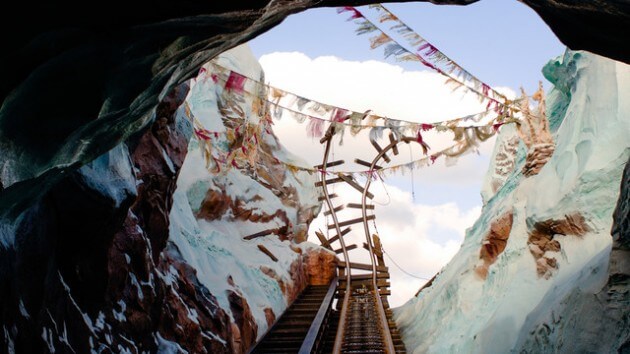 Kilimanjaro Safaris: “Welcome to the Savannah.”

You know the moment. When you’ve been pushing through trees, rounding shaky rock chasms in pursuit of African wildlife…and then you come over that beautiful hill to the open Savannah. That moment when everything opens up, and you see the pride and joy of Animal Kingdom large-and-in-charge in front of you. It’s a breath of fresh air, a giant hug, and a completely transformative experience all in one. From that point forward, you’re no longer in Orlando. This is a taste of Africa, and it’s stunning. Nothing like a jerky roller coaster celebrating the extinction of an entire species to remind you that you’re not the spry roller-coaster devouring youth you used to be. Seriously, who rides this ride and comes off saying, “Whew! That was just delightful”? Nobody, that’s who. Granted, I’ve never had a bad time on Primeval Whirl, but I always have that moment (somewhere around the bigger drop) where I completely regret getting in line. I know…I’m a grandma. Thanks for the wakeup, Animal Kingdom! 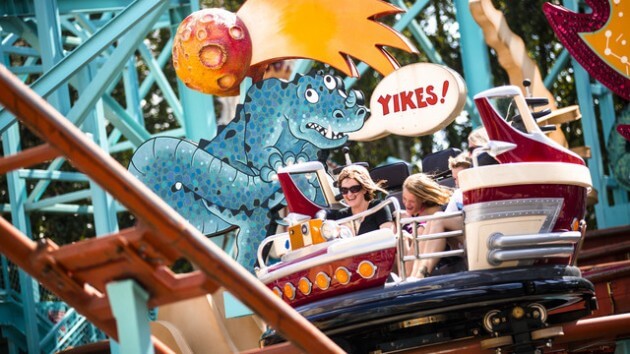 This wet romp through Animal Kingdom’s Asian area is deceptively calm — that is, up until the point where you and your family are plunged down a dip that ends in what could only be called a “GLOMP” of water devouring your raft. The thrill is the anticipation and hoping that your least favorite family member is on the receiving end of said glomp. Nobody leaves this ride dry, and it’s a complete blast. But mostly because of that wicked drop. May it live on forever. 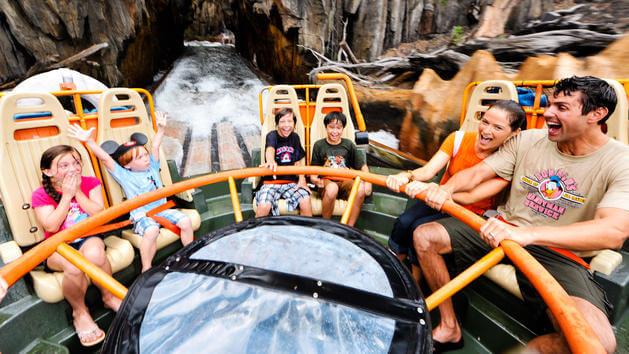 The dinosaur has been one of my favorite rides at Walt Disney World since I was a little kid. Did you know that the entire Cretaceous period was covered in blacklight? Me either! It’s also home to one of the saddest, most admirably persistent dinos this side of the big bang: the carnotaurus. The moment this big baddie has his sights on your ride car, the rest of the ride is a relentless game of cat-and-mouse all the way up until the explosive ending. But the best moment comes when you see him to your left, and what should be a typical, static Disney animatronic actually start chasing you. Suddenly, it’s just not an animatronic anymore. Instead, it’s a living, breathing dinosaur — and you’re lunch. It’s one of the most underappreciated moments in any Disney ride, in my humble opinion. What are some of your favorite ride moments from Walt Disney World’s Animal Kingdom Park? Let me know in the comments below, and stick with Inside the Magic for all things Disney!

CLICK HERE to buy Disney Merchandise only on ShopDisney.