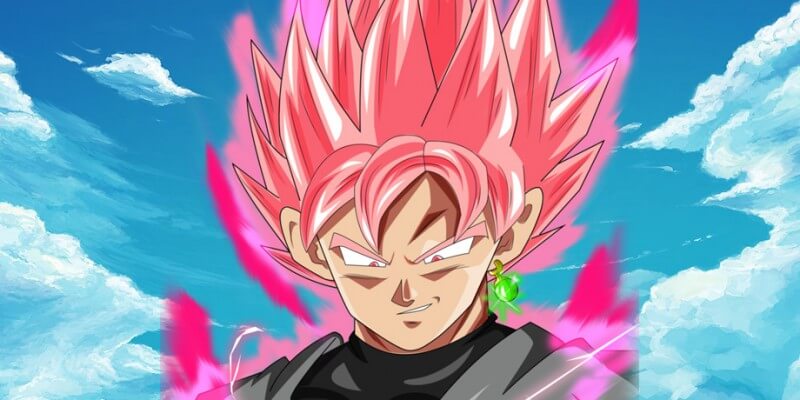 It was only one year ago that we got a brand new hair color in the Dragon Ball universe (blue Super Saiyan hair), and now it seems series creator Akira Toriyama is ready to dive even deeper into the world of pastels with a pink or “rose” colored hairdo.

For those who don’t know, the significance of hair color is that it’s a side effect of a “transformation” or a drastic raise in a character’s power level. If you watch the show, you get it. It’s a whole lot of fun.

Kotaku reports that, in the ongoing series Dragon Ball Super, Black Goku might get a transformation in an upcoming episode of the show. When translated into english, it looks like folks are calling this “Super Saiyan Pink,” but according to this Japanese TV anime listing (via Dragon Ball Sokuhou), it’s called “Super Saiyan Rose” (超サイヤ人ロゼ).

Just what does it look like? Well a leaked picture may shed some light on the new transformation:

Not gonna lie, the pink-on-black combo actually looks pretty awesome. But I want to know what you think, Dragon Ball fans! Let me know in the comments below, and stick with ITM for all things fun!