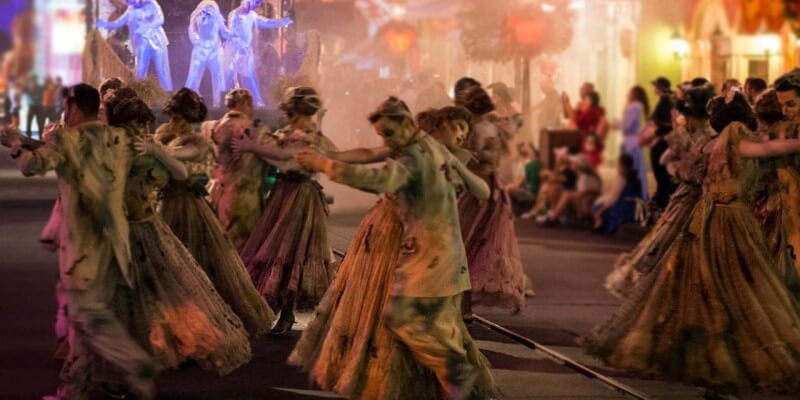 Guests of the Mickey’s Halloween Party at Disneyland Park will have something to be extra excited about this year as Disney will debut an all-new “Frightfully Fun Parade”.

The parade will kick off with the The Headless Horseman of Sleepy Hollow. He will set the mood as he arrives on his ghostly black steed just ahead of the parade itself, carrying a flickering jack-o-lantern as a warning to everyone along the parade route.

From “Tim Burton’s The Nightmare Before Christmas,” Jack Skellington the Pumpkin King brings greetings from Halloweentown, as residents arrive to celebrate their favorite time of year. Grim, grinning ghosts come out to socialize when Disney’s iconic Haunted Mansion attraction comes to “afterlife,” with swirling ballroom dancers, ominous gravediggers and a trio of hitchhiking ghosts.

Inspired by Disney’s “The Princess and the Frog,” Dr. Facilier calls on mystical powers, summoning his Shadow Men from the bayou to loom large over his strange and twisted Voodoo parlor, and the mischievous Disney Villains appear out of the darkness, ready to stir up some trouble. A dark and dungeon-like lair takes over the parade route, bringing with it a wicked gathering of villainy from Hades and the Evil Queen to Jafar, Cruella and more!

The “Frightfully Fun Parade” will be presented exclusively during Mickey’s Halloween Party, a separately ticketed event at Disneyland Park hosted over 17 nights from September 23 to October 31, 2016.