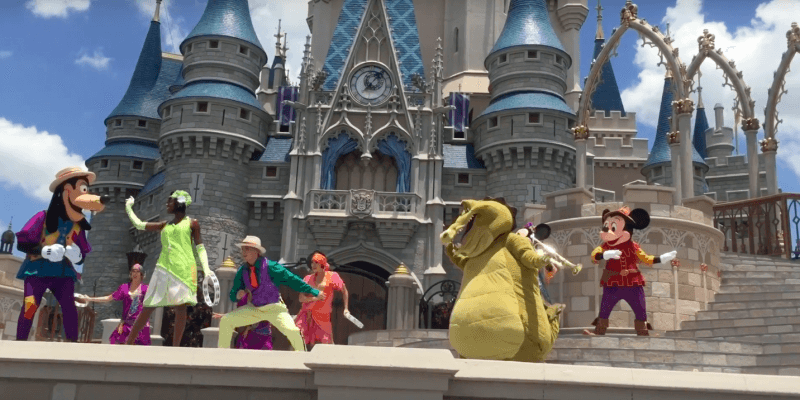 Louis the Alligator has finally made his first character appearance in the new Mickey’s Royal Friendship Faire castle show at Magic Kingdom in Walt Disney World.

The popular character from “The Princess and the Frog” was apparently withheld from the new show, along with other alligator references throughout the park, due to the tragic event involving a child at the Walt Disney World resort last month. Louis was previously seen in concept art for the new show but did not initially appear with the rest of the characters when it was recently unveiled at the park.

The arrival of Louis also coincides with Walt Disney World also deciding to re-insert some, but not all jokes, involving crocodiles and alligators in the Jungle Cruise attraction.