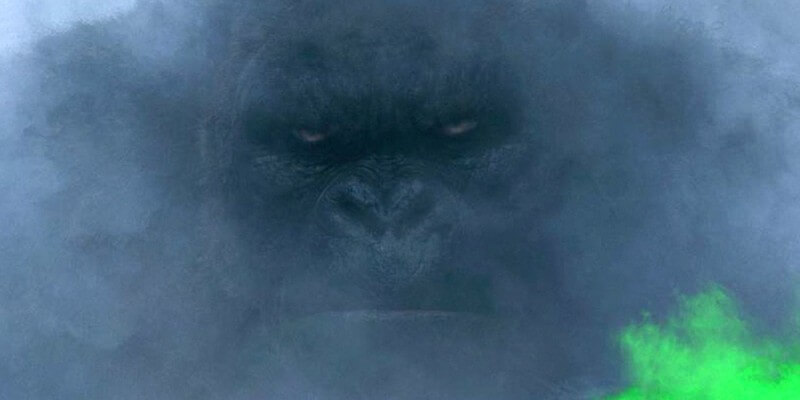 With the opening of Universal Orlando’s wild new ride Skull Island: Reign of Kong, it was only a matter of time before the bigger picture was brought to the surface.

We have known for a while that Kong: Skull Island was the next big cinematic experience for the giant gorilla, but now we have a visual on the big guy thanks to San Diego Comic-Con. “Our Kong is by far the biggest Kong that you’ve seen on screen. Peter Jackson’s Kong was around 25 feet,” Vogt-Roberts explained. “The ‘33 Kong ranged between 25 feet and 50 feet, I want to say he was 50-plus feet when he was on the Empire State Building. He varied in size dramatically! The ’70s Kong was somewhere between them.”

The film stars Tom Hiddleston as an ex-British SAS tracker opposite Brie Larson as an experienced war photographer in the 1970’s. Kong: Skull Island will drop into theaters on March 10, 2017, and will share a cinematic universe with the “King of Monsters” when they face off in Godzilla vs. King Kong on May 29, 2020.

Comments Off on SDCC 2016: Official movie poster for “Kong: Skull Island” shows us the biggest gorilla yet!