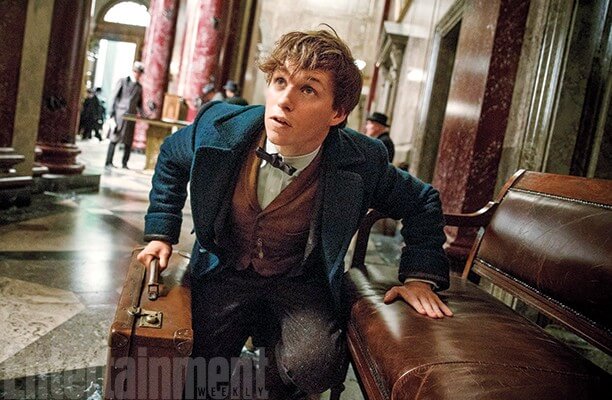 Fans attending a San Diego Comic-Con panel for Warner Bros.’ upcoming “Fantastic Beasts and Where To Find Them” on Saturday were treated to a brand new trailer as well as a few other surprises from the cast.

According to the Hollywood Reporter, the film’s star Eddie Redmayne arrived at the panel and promptly mingled with the crowd and pass out wands to thunderous applause. Redmayne then led the audience in casting a “Lumos Maxima” spell…

Redmayne was soon joined by his co-stars Katherine Waterston, Alison Sudol, Colin Farrell, Ezra Miller and Dan Fogler at the panel and the new trailer was soon shown off to the approximately 6,500 fans in attendance.

“Fantastic Beasts and Where To Find Them” arrives in theaters Nov. 18. The movie is directed by David Yates, who helmed the final four Harry Potter films, and is written by J.K. Rowling. The Harry Potter prequel is the first in a planned trilogy.

Comments Off on SDCC 2016: New ‘Fantastic Beasts and Where To Find Them” Comic-Con trailer released