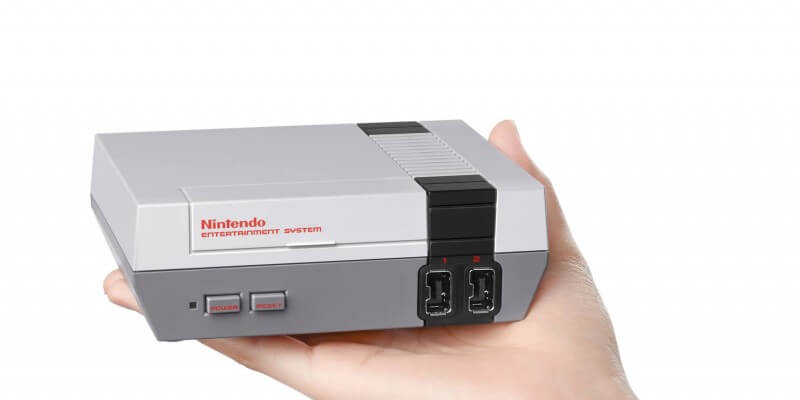 The original Nintendo Entertainment System revolutionized the video game system when it was released in the mid-1980s here in North America after being first introduced in Japan. The combination of killer games, good looks and a lovable mascot in Mario was it all took for millions of kids (like me) to demand one from their parents.

I still have my original NES along with all of my games and I’m proud to say it works to this day but of course it’s showing its age, much like its owner. For people like me as well as gamers who are too young to have gotten their hands on one are now in luck because Nintendo announced today the NES Classic Edition console, a $60 system with a HDMI port, classic controller and 30 built-in classic games for everyone to enjoy!

A Nintendo representative told IGN that the new Mini-NES console is a standalone device that will not be able to download additional games on its own or with the Virtual Console service that is available on the Wii U or the 3DS. It also does not use physical media, nor will it be able to connect with additional peripherals such as external hard drive. The system however will be able to support save states – so you won’t have to start games from the beginning every time.

The new/old console is scheduled to hit store shelves Nov. 11, just in time for the holidays. No word on when it will be available to pre-order but we’ll update this page once we have that info.

Check out the full list of games that will be included: What a line-up! There’s something for everyone here and it’s a great value considering just how re-playable a lot of these game are. Sadly, the front of the Mini-NES is just for cosmetic purposes and won’t actually open up to fit my old cartridges, but that’s okay. If you still want to play the original Punch-Out!! with Mike Tyson, you’ll just have to pass by my house to play it.