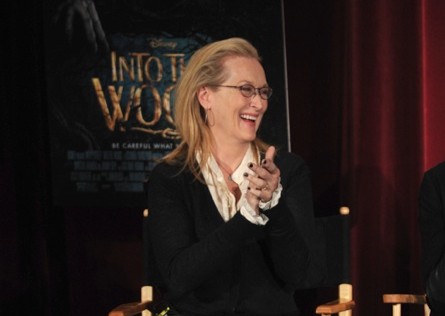 Since Emily Blunt and Lin Manuel-Miranda were recently announced as the stars of Disney’s reboot/sequel “Mary Poppins Returns”, we’ve yet to hear any further casting news. Until today, that is, with an exclusive report from Variety that none other than Oscar-winner Meryl Streep is in talks to join the cast.

Streep would play Poppins’ cousin by marriage, Topsy, who didn’t appear in the original 1964 Disney classic but appeared in the original stories. The new adventures of Mary Poppins are based on the stories by P.L. Travers, who wrote seven books based on the popular character.

As Variety points out, Streep would be reuniting with the cast and crew of “Into the Woods” as Blunt, director Rob Marshall and producers Marc Platt and John DeLuca all worked on the film, which earned Streep her 19th Oscar nomination. Streep and Blunt also worked together on “The Devil Wears Prada”.

Variety has more on what the plot of the new movie is expected to be:

The story will take place in Depression-era London (when the books were originally written) and follows a now-grown Jane and Michael Banks, who, along with Michael’s three children, are visited by the enigmatic Mary Poppins following a personal loss. Through her unique magical skills, and with the aid of her friend Jack, she helps the family rediscover the joy and wonder missing in their lives.

The Mary Poppins sequel is expected to arrive in theaters theaters Dec. 25, 2018.