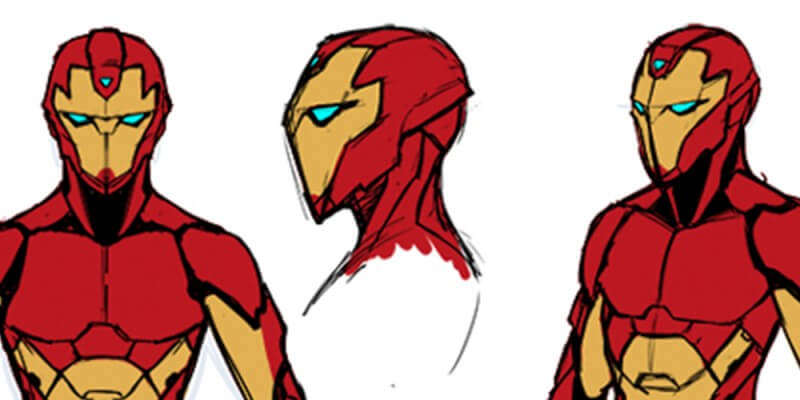 Emotions were quite high a few days ago as thousands of fans took to the Internet to rage on the idea that a 15-year-old African American girl will be taking over for Tony Stark as the new Iron Man. Young Riri Williams claimed the mantle after the events of Marvel Comics’ Civil War II.

Now, Marvel has officially revealed the suit that the youthful dynamo will be donning in the new Invincible Iron Man comic series — and it’s pretty sweet. Check it out below: The body is noticeably more petite, and it lovingly adapts to the natural feminine curves of the female body without being overly-sexual, which comics have a history of doing (no matter what age the protagonist). So thanks for keeping it classy, Marvel.

“We’re in the middle of a very big Tony Stark storyline – actually three storylines converging,” said Invincible Iron Man writer and Riri’s creator Brian Michael Bendis when the announcement was made. “His best friend died, his company is collapsing and he’s finding out who his biological parents were all at the same time. How that all shakes out such that Tony is no longer in the armor? You’ll have to wait to find out for the end of Civil War II. But it does create a path for Riri Williams, who Tony will know and will be interacting with very shortly in the comics.”

Invincible Iron Man #1, starring Riri Williams, will debut in comic book stores and digital comic book storefronts in Fall 2016. Make sure to stick with Inside the Magic for all things fun and awesome!