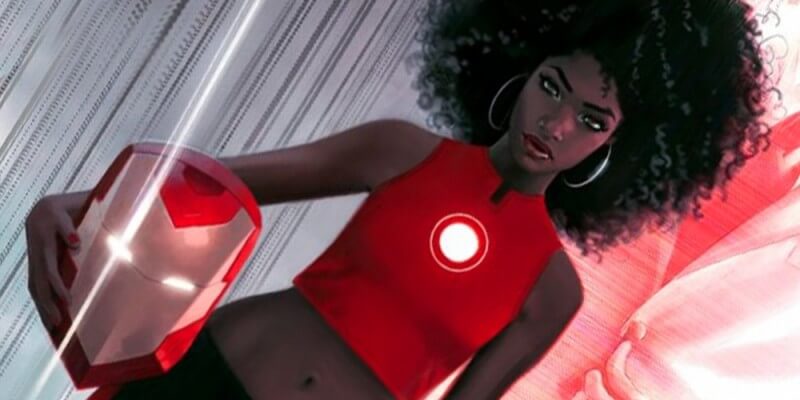 Well this came out of nowhere — and it’s totally awesome!

Marvel Comics has officially announced the Marvel NOW! relaunch of Invincible Iron Man. It’s one of the major flagship titles in this all-new era of Marvel comics, so the pressure’s on! At the risk of spoiling a little bit, Tony Stark is no longer Iron Man at the end of Civil War II post-Civil War II. So who the heck will fill the iconic suit from this point forward? She was introduced in the current Invincible Iron Man series. Brian Michael Bendis will take on writing duties for this arc of Invincible Iron Man, and it’s certainly nice to see things switch up every now and then. Just what kind of adventures will Riri encounter in this new era of Marvel Comics? Your guess is as good as mine, but we’ll make sure to keep you posted on new developments.

So what do you think of the new Iron Man–er—Iron Woman? Let me know what you think in the comments below, and stick with ITM for everything fun and awesome!