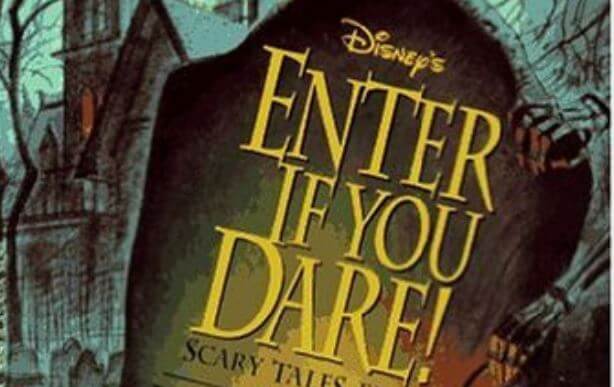 However, many newer fans to the home of 999 happy haunts may not know about another older gem which pays tribute to Master Gracy’s mansion. Published in 1995, the paperback Disney’s Enter If You Dare! Scary Tales from the Haunted Mansion featured six spooky stories centered on classic dark attraction. A mere 75 pages, this paranormal provisioned paperback portrays six short spirited stories, each tied to the haunted mansion and its decrepit cemetery located past the rusty iron gate next Sedgwick park. The tales are a light quick read ending with an epitaph written in the style as those erected just outside THEE Haunted Mansion.  The wry rhyme summing up the tale terror told in that chapter.

Written by Nicholas Stephens and Sergio Martinez, this 21-year-old hidden dark delight can probably claim to be the roots of Disney’s latest Mansion anthology (which appears to more volumes ahead).