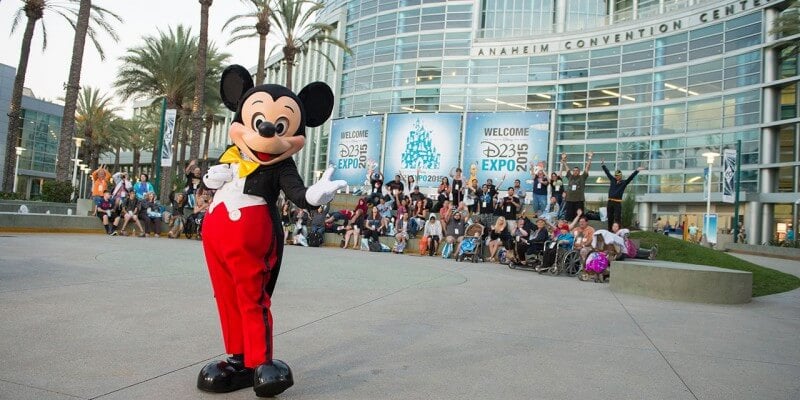 As of today, tickets are officially on sale for D23 Expo 2017, which will take place next year from July 14-16 at the Anaheim Convention Center. So go get ’em!

It’s also worth pointing out that discounted tickets are available now through December 31, 2016, and members of D23, Disney’s official fan club, receive even more savings for the event. Basically, if you are a massive fan of anything Disney, this is your mother ship. Huge announcements will be made, celebrities will be all over the place, and you will get to experience a one-of-a-kind opportunity to see how the company operates from the inside. Here’s all you need to know:

Folks, this is the the largest Disney fan event in the world. It celebrates all the wonderful worlds of Disney entertainment, uniting all parts of The Walt Disney Company under one roof, including The Walt Disney Studios (including Marvel, Pixar, and Lucasfilm); Walt Disney Parks and Resorts; Disney Consumer Products and Interactive Media; and Media Networks (including ABC, Disney Channel, and Radio Disney). D23 Expo 2017 marks the fifth biennial event held in Anaheim.

Once again the Expo will celebrate the past, present, and future of Disney with live events, celebrity appearances, panels, presentations, sneak peeks, and immersive experiences. D23 Expo 2017 marks the return of fan favorites, including the Disney Legends Awards Ceremony, honoring the talented men and women who have made indelible contributions to the Disney legacy; an exhibit from the Walt Disney Archives, which spotlights costumes, props, and set pieces from Disney’s rich history; and theMousequerade costume contest.

Tell me about the tickets

To celebrate the launch of ticket sales, D23 will be streaming select presentations from D23 Expo 2015 at D23Expo.com from Wednesday, July 13, through Sunday, July 17. Presentations include “Once Upon a Time: An Evening with Snow White & the Evil Queen” (featuring Ginnifer Goodwin and Lana Parilla), “A Goofy Movie 20th Anniversary Celebration!” (including stars Bill Farmer, Jason Marsden, and Jim Cummings), “Disneyland: Fond Memories of the Past” (with Walt Disney Archives Director Becky Cline), and “In Conversation with the Filmmakers and the Emotions Behind Inside Out” (featuring Pete Docter, Jonas Rivera, and a special appearance by Sadness herself, Phyllis Smith).

A big pile of celebrities

So what do you think, Disney fans? Are you going to attend the D23 Expo? Let me know what you think in the comments below, and stick with ITM for all things Disney!