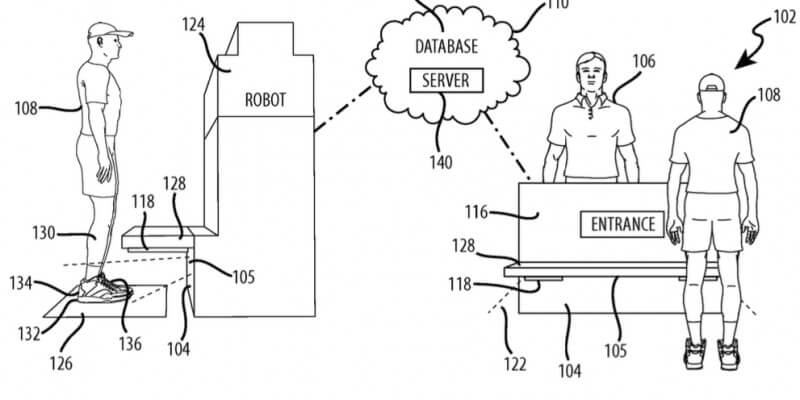 In their never-ending quest to refine the Disney Parks experience for their guests, Disney has been awarded a patent that uses a new method to track their guests by quietly keeping tabs on their footwear.

The patent, which was filed back in April of last year and recently awarded, seeks to identify, track and customize a park-goer or a venue guest by capturing and matching images of their shoes using cameras and sensors. This can be used in a wide variety of applications which are all listed in the patent filing, whether it’s to track how many rides are visited throughout the year or how guests move around the Disney Parks.

“The present disclosure discloses a system and method for creating a customized guest experience at an amusement park,” reads the patent filing.

“In some environments, such as amusements parks, theme parks, sporting events, and other entertainment venues it may be desirable to acquire and reacquire guests in a predetermined area. For example, acquiring and reacquiring guests at different locations in the amusement park can provide data to the amusement park owners, such as the most popular rides, common guest paths from ride to ride.” 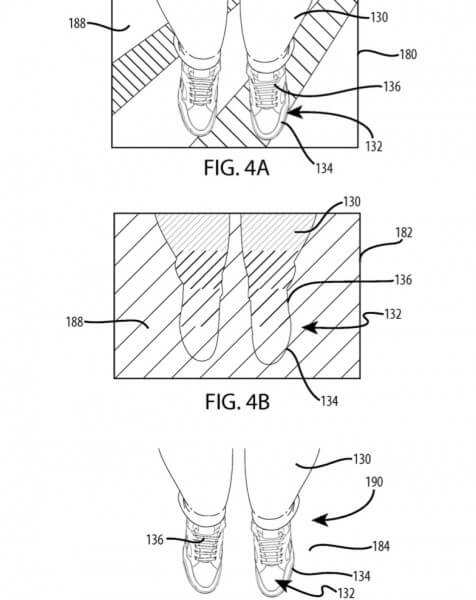 Yet another interesting method of using this data would be with a robot that moves around the park and interacts with guests.

“Still another embodiment includes a robot for interacting with guests at an amusement park. The robot includes a foot sensor for capturing a depth image of at least one foot of a guest and a camera for capturing a color image of the (sic) least one foot of the guest. The robot may also include a movement mechanism allowing the robot to roam the amusement park or a portion thereof and an input/output interface for receiving guest information from the guest.”

While there will be those who find these methods to be a little invasive, so to speak (Gizmodo goes far as to call it “creepy”). But Disney is already testing and implementing this type of customized technology with MagicBands that most park guests wear and this new method aims to be less intrusive than other methods of capturing, identifying and tracking guests’ movements.

“Current methods of acquiring guest information and subsequently matching a particular guest with the acquired guest information are limited to rather intrusive methods, such as retinal and fingerprint identification methods. These methods are obtrusive and some guests may not feel comfortable providing this type of biometric information to a third party.”

The patent also explains that attempting this type of tracking would be unreliable with clothing as the guests may put on or take off a hat, sunglasses or a sweater, for example.

Of course, some guests may feel uncomfortable regardless of not being aware that pictures are being taken of them but unless Disney plans on stockpiling pictures of people’s shoes for an unknown reason, having a device take a random picture of my Vans Star Wars slip-ons while on their private property doesn’t exactly trouble me. I certainly wouldn’t advocate you go barefoot to the park instead, as Gizmodo bizarrely suggests (so that they can take a photo of my actual feet instead?). But what do you think about this type of technology being able to customize your Disney Parks experience? Have your say in the comments below.

No official word from Disney if and when they would actually implement this at their parks but you can be sure that ITM will be reporting about it should we spot a brand new robot roaming about Magic Kingdom taking pictures of our shoes.

The complete patent filing can be viewed by clicking here.