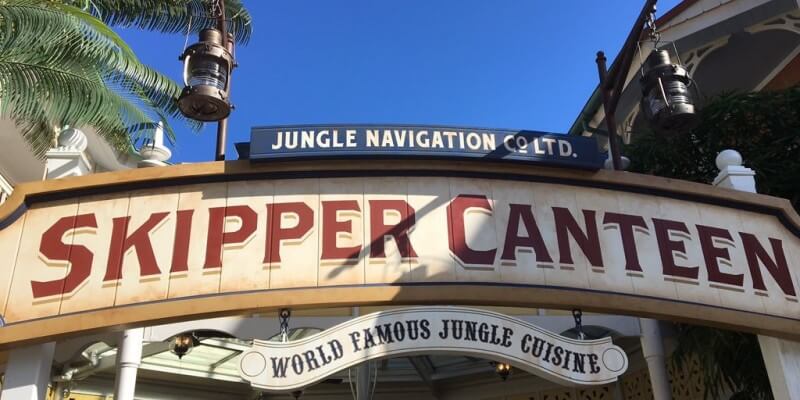 Magic Kingdom’s newest restaurant, Skipper Canteen, got rave reviews from us when it first opened for its quite unique menu choices and interesting flavors. Unfortunately, trying something new and unique at Walt Disney World doesn’t always work out well. Complaints surfaced quickly about the menu being too adventurous and rumors about a new menu soon began circulating.

Yesterday that new menu showed up and it now includes new options such as noodle salad, beefy baked pasta and whole fried fish.

The menu still seems to include plenty of adventure and fan favorites such as the house-made arepas and “tastes like chicken because it is” are still being served. Here is the old menu for you to compare. Are you excited for the new menu options at Skipper Canteen? Or do you wish the old menu would come back?