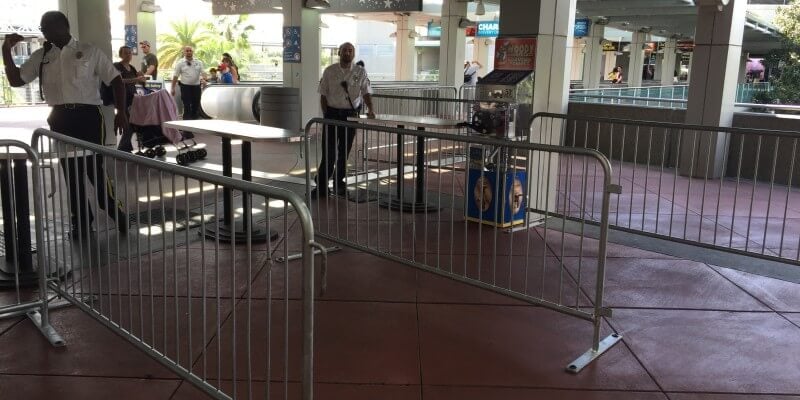 The horrendous mass shooting that happened on Sunday morning at an Orlando nightclub has made Disney and other Orlando area theme parks ramp up their security measures to keep guests safe.

According to the Orlando Sentinel deputies at Walt Disney World “were put on alert,” Capt. Angelo Nieves of the Orange County Sheriff’s Office said.  The sheriff’s office provides law-enforcement services to Disney’s theme parks. He also added that officers were being “extra cautious and vigilant in the park areas.”

In December of last year Walt Disney World, SeaWorld and Universal parks introduced metal detectors at their entrances. This was in response to the horrible tragedy that killed 14 people in the San Bernardino, Calif area. The policies of who has to go through the metal detectors vary quite a bit from park to park. Disney has so far only required randomly selected guests to walk through them while Universal requires all their guests to pass through them.

According to Fox News, guests have been reporting long lines outside Walt Disney World as more and more guests were picked to walk through the metal detectors.

Chairmen from the theme parks quickly issued statements of support this week too. Walt Disney Company CEO Bob Iger stated “We are all heartbroken by the tragic and horrific events in Orlando, and offer our thoughts, prayers and support to everyone in our community affected by this senseless act.”

And Universal Parks and Resorts chairman Tom Williams said, “Our thoughts and prayers are with all of those affected by this morning’s tragedy. We stand ready to help our community in any way we can.”

Even though Disney and the Orlando theme parks are for many reasons branded as big targets there are not many any other places I feel more safe and secure exactly because of the theme parks’ big commitment to safety and serious security measures.