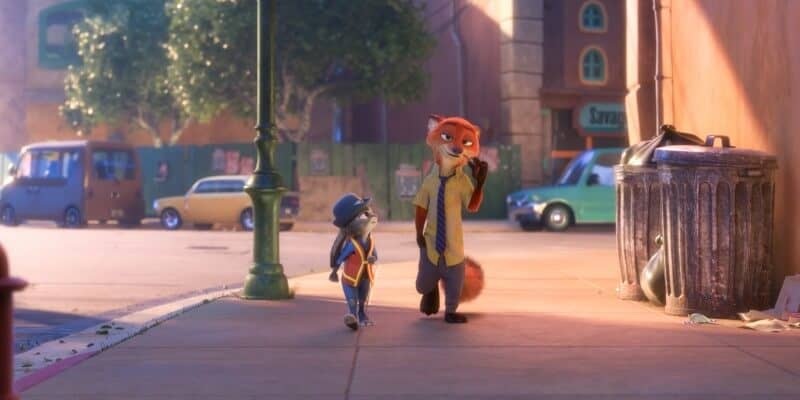 “Zootopia” is one of 2016’s biggest surprise hits, both critically and financially, and next week the movie finally hits the home video market with a Disney DVD, Blu-ray, and Digital HD release.

Among the bountiful bonus features accompanying the feature on the release is a series of seven deleted scenes, removed from the movie at varying stages of its development, and each for its own unique reason. Entertainment Weekly got an exclusive look at one of the scenes, which centers around bunny police officer Judy Hopps bringing con artist fox Nick Wilde home to stay with her family during their investigation.

Naturally, due to it having been scrapped early in the animation process, the voice-over performances in the clip are temp audio tracks recorded by members of the production team. But the scene gives us a taste of an alternate version of the “Zootopia” story, which underwent a dramatic transfiguration during its long gestation.

“Zootopia” will be available on home video from Disney next Tuesday, June 7th.