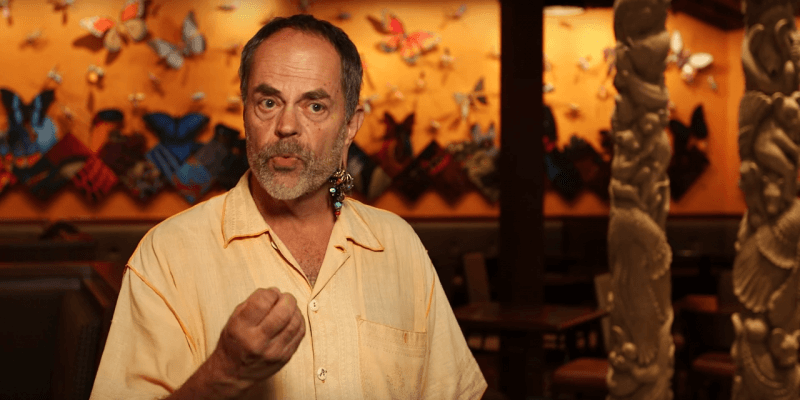 If you haven’t been to Tiffins restaurant at Disney’s Animal Kingdom in Walt Disney World, you’re seriously missing out on one of the best culinary experiences on property.

Seriously, check out my review from a little while ago. There’s just something about the bold choice of entrées and appetizers, along with the loving, Imagineer-centric ambience that really drives the entire experience home and serves up one of the most surprising nights you may have on your vacation. Couple that with Animal Kingdom’s new nighttime offerings, and it’s great to see the park finally come into it’s own.

You can take a tour of the restaurant with honorary Disney Imagineers! According to Imagineer Joe Rohde (and Disney Parks Blog), the restaurant’s theming is all about “the travel and adventure” that led to the creation of Disney’s Animal Kingdom. Actual photos and sketches that the research team made during their travels around the world in the planning of the park were used to inspire original artwork that decorate each of the three “art galleries” that Tiffins guests dine in.

So what do you folks think? Have you ever been to Tiffins, and enjoyed the food/ambiance there? Let me know in the comments below, and as always, stick with ITM for all things Disney!

Comments Off on VIDEO: Let Imagineers show you around Tiffins & Nomad Lounge at Disney’s Animal Kingdom