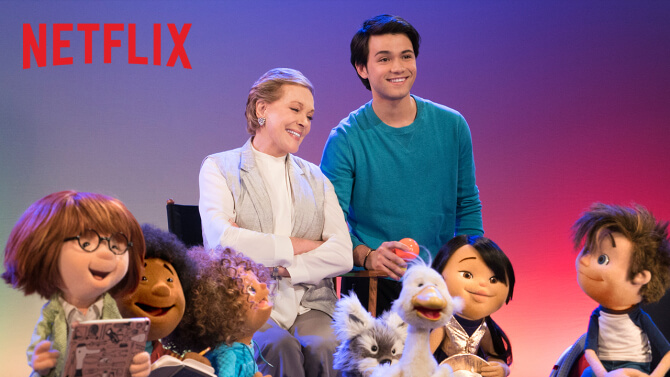 It was just announced that Oscar winner Julie Andrews will play Ms. Julie, a teacher and director at a school for the performing arts for the Netflix children’s program Julie’s Greenroom.

The show is described as a “new preschool show from The Jim Henson Company that features an all-new puppet cast of kids learning about the performing arts.”

On her passion for developing the project with her daughter, Emma Walton Hamilton, and Judy Rothman-Rofė. Andrews had this to say:

“This project represents the fulfillment of a long-held dream to educate children about the wonder of the arts. I am thrilled to be partnering with my daughter and long time coauthor, Emma, to bring this show to life along with our co-creator, Judy Rothman-Rofė. We could not be more honored to be working with the extraordinary Jim Henson Company. We are equally delighted to be premiering as a Netflix original production.”

The 13 30-minute episodes of Julie’s Greenroom will be available globally on Netflix in early 2017. What do you think of the iconic actress diving into the world of children’s television? Let me know in the comments below!