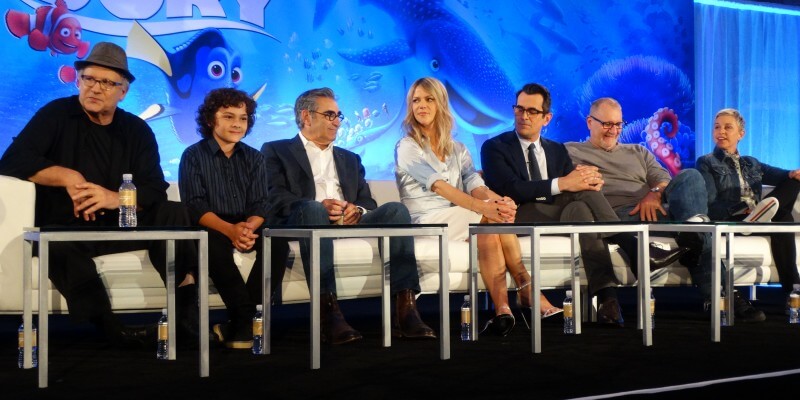 For fans of the now-classic Disney/Pixar film “Finding Nemo,” the wait for a sequel has been interminable. Incredibly, it’s been a full thirteen years since the first movie hit theaters back in May of 2003, long enough for kids who grew up on the movie to have become full-fledged adults.

Now Pixar has seen fit to finally put together a second installment for the undersea adventure franchise, reuniting the main cast of the first movie (the hilarious Ellen DeGeneres and Albert Brooks as beloved talking fish Dory and Marlin, respectively) and adding in a few new characters for good measure– Ed O’Neill as newcomer Hank the octopus, or “septapus” as he is called in the movie, Kaitlin Olson and Ty Burrell as a pair of whales in captivity at a sprawling California aquarium, and Eugene Levy as Dory’s father Charlie. Last week most of the cast of “Finding Dory” appeared together, along with the movie’s director Andrew Stanton and producer Lindsey Collins, at a press conference in Beverly Hills to promote the movie and answer the media’s burning questions about what it took to finally get a “Finding Nemo” sequel onto the big screen.

Be sure to read last week’s review of “Finding Dory” and also check out our extensive Flickr album from the press conference below: