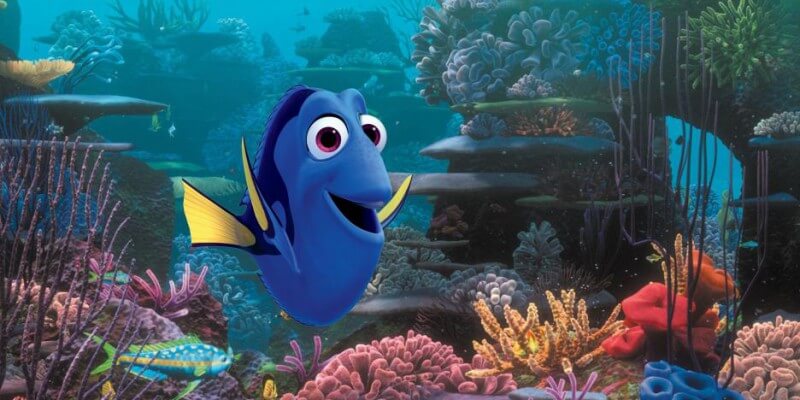 I imagine making a sequel to a beloved movie is a difficult venture on the creative end, but it’s a gamble taken by Hollywood constantly and without hesitation each year. Pixar Animation Studios, on the other hand, has so far only gone down this route a few times in the past, and by and large the efforts have paid off. The entire “Toy Story” trilogy was a smashing success, both critically and financially, and “Monsters University” found a way to put a unique spin on preexisting characters. (I’ll confess that I haven’t seen “Cars 2.”)

“Finding Dory,” the latest addition to the Pixar pantheon, makes a valiant effort to continue this tradition. As a movie, it contains all the major elements that you would expect from a Pixar sequel: fun (and familiar) characters, an adventurous story, goofy humor, and highly emotional moments. The problem, for me, is that these elements never quite congeal into a cohesive, compelling whole.

The movie recycles heavily from the original entry in the franchise, “Finding Nemo,” by sending our heroes across the ocean on a journey of personal discovery. Many characters from the first movie make cameo appearances in the first act, but the movie predominantly centers around Dory (voiced again by the hilarious Ellen Degeneres,) the forgetful fish who sets off on a quest to find her parents and discover the secrets of her past by attempting to figure out where she came from.

It seemed an odd choice to me, then, that “Finding Dory” writer/director Andrew Stanton didn’t follow through on this notion and allow Dory to go off on this adventure by herself, especially when taking into account the larger themes of the movie, which I’ll refrain from revealing here. Instead, Dory is accompanied on her journey by Nemo (who apparently has not aged since the first movie, despite the fact that this one explicitly takes place a year later) and his father Marlin, played by Hayden Rolence and Albert Brooks, respectively. Nemo and Marlin’s presence in this story feels entirely superfluous after the first act, almost as though the studio was hesitant to make a new feature in this universe without central roles for the two leads of the previous movie. I think “Finding Dory” would have worked far better for me if Dory had found the courage to enter into this odyssey by herself, considering that most of what does work in this movie is entirely new.

The character of Hank (Ed O’Neill,) an octopus—sorry, “septapus” who forges an uneasy alliance with Dory, is easily the highlight here, and he is destined to become a fan favorite. Because Hank is an all-new personality with abilities we haven’t seen in the Nemo-verse before, it’s easy to accept his remarkable and entertaining feats that get progressively more astounding as the movie goes on. On the flip side of that coin, however, established characters like the above-mentioned clownfish seem suddenly capable of far more acrobatic stunts than we’ve ever previously seen from them, and frequent reality-bending moments like that take away from the otherwise-effective emotional grounding of the movie.

I think the shortcomings I found with the story and logistical problems I had with the writing in “Finding Dory” could have been compensated for by a reliably funny sense of humor, but unfortunately many of the jokes in this movie fell flat to me. I’ll admit that the playful tone will definitely appeal to people who have big soft spots for cute animals or anyone who couldn’t get enough of the gags derived from Dory’s memory problems or whale-speak in the original, but I can’t say I found myself laughing as much as the audience around me.

Conversely, the other high point I do want to mention is the design of the environments, in particular the breathtakingly-expansive man-made marine life habitat that becomes a major setting in the movie’s second act. The layout and art direction for this location is so intricate and colorful that it’s likely to inspire kids of all ages to want to visit their local aquarium as soon as possible over their summer vacations.

Overall, “Finding Dory” coasts by on the strengths of its cast and its fascinating visuals, but I wish it had embraced the idea of accepting change and pushed the story further away from what audiences would expect.

Don’t get me wrong: “Finding Dory” is not a bad movie, by any stretch of the definition. It ultimately comes across as an average talking-animal animated feature, on the same level as something you might see from DreamWorks or Fox Animation Studios. My only reservations come from the very high standards set by Pixar and the movies they’ve released in the past, many of which are among my favorites ever made.