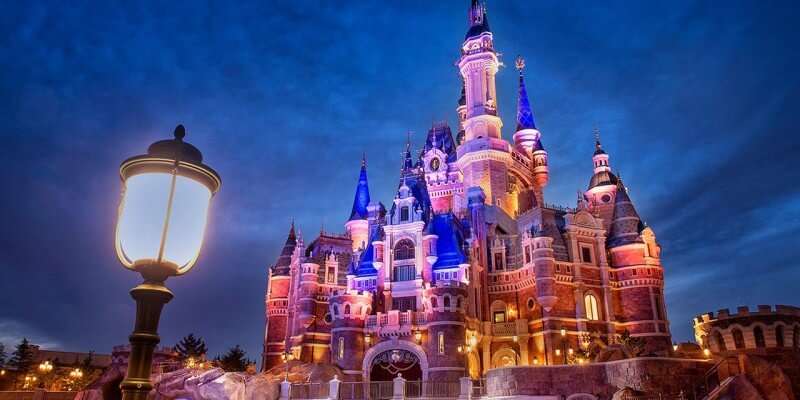 Early this morning our time Shanghai Disneyland Park opened its doors to guests for the first time. Disney CEO Bob Iger and a plethora of Chinese officials were on the scene cutting a red-and-gold ribbon for the dedication ceremony. Shanghai Disney Resort is the first Disney resort in Mainland China and the sixth worldwide so it’s easy to see what a momentous occasion the opening was. “The grand opening of Shanghai Disney Resort is a celebration of creativity and collaboration, a triumph of imagination and innovation, and a testament to the strong partnership between Disney and China,” Iger said. “Together we have created an extraordinary destination, a magical place unique in all the world, where East meets West, the past meets the future, and anything is possible for those who believe. It is our sincere hope that this spectacular place will inspire wonder and create joy for the people of China for generations to come.” After the dedication ceremony, tens of thousands of lucky guests stormed the park for its Grand Opening day. For many the excitement was almost too much to bare with attending the opening day of a Disney Park being many a Disney fans’ biggest dream.

According to the OC Register the first guest in the park “entered the newest Disneyland at a full sprint. He leaped and thrust a finger in the air. He screamed happily at the lines of cast members cheering on the sides of a rainy Mickey Avenue.”

Other fans were busy snapping pictures with both Disney legend Marty Sklar, who was the former head of Imagineering, and John Lasseter out in the park.

Wait times in the park have been shockingly low as well with the Peter Pan’s Flight attraction sporting an unheard of 5 minute wait time according to the official Shanghai Disneyland app.