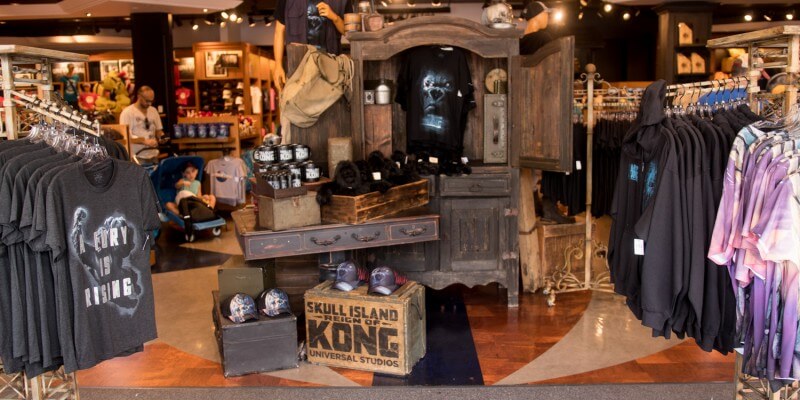 The anticipation is high for Universal Orlando’s newest adventure: Skull Island: Reign of Kong. Located in the Jurassic Park area of Islands of Adventure, the attraction recently entered in its technical rehearsals.  This soft opening was captured by our own Adam McCabe and can be seen here. As the Central Florida resort inches towards the official summer opening of this intense experience (definitely not recommended for young children), new merchandise for the expedition-like ride is starting to emerge at both of Universal Orlando’s theme parks. ITM’s Steve Fox previously reported on the Kong merchandise as soon as it arrived at the park, and now more merchandise has been hitting the shelves as the attraction nears completion. Looking to go gorilla for the new Skull Island: Reign of Kong swag?  Items were found at the main gift shops just inside the entrance to both Islands of Adventure and Universal Studios Orlando.  A smaller kiosk near the attraction in the Jurassic Park island also offers items, some that were only seen at that location.