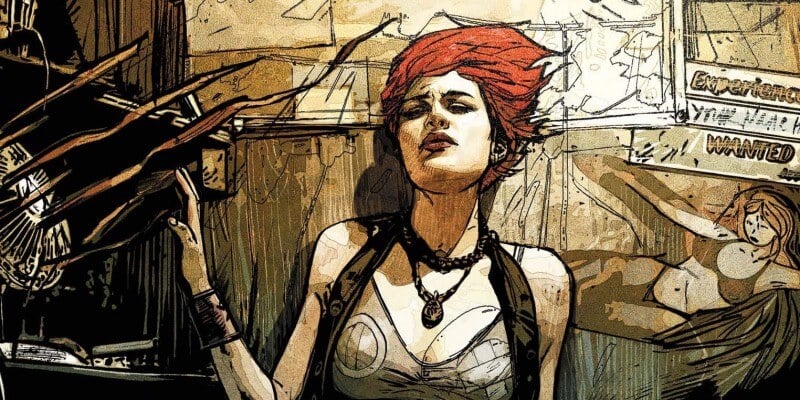 In the wake of the enormous success of Fox’s R-rated “Deadpool” and Marvel Studios’ delightfully dark television adaptations of “Daredevil” and “Jessica Jones,” mature-themed comic book adaptations are quickly becoming all the rage. Even though “Suicide Squad” from Warner Bros. has received a PG-13 rating, fans are anticipating its tone to be at least somewhat more adult-oriented than the average DC output.

Now “Jessica Jones” creator and comics superstar writer Brian Michael Bendis has let it slip that another of his brain-children will be getting the small screen treatment: his gritty tech-noir comic “Scarlet” is currently being developed into a new TV series set to air on Cinemax.

According to the official synopsis for the “Scarlet” hardcover collection:

The first creator-owned series by one of the most successful teams in all of modern comics. ‘Scarlet’ is the story of a woman pushed to the edge by all that is wrong with the world…A woman who will not back down…A woman who discovers within herself the power to start a modern American revolution!!

No word yet on how far along the show is in the development process, or when a target air date might be set, but it’s exciting news that fans of the comics can look forward to seeing a TV adaptation of “Scarlet” sometime in the future!