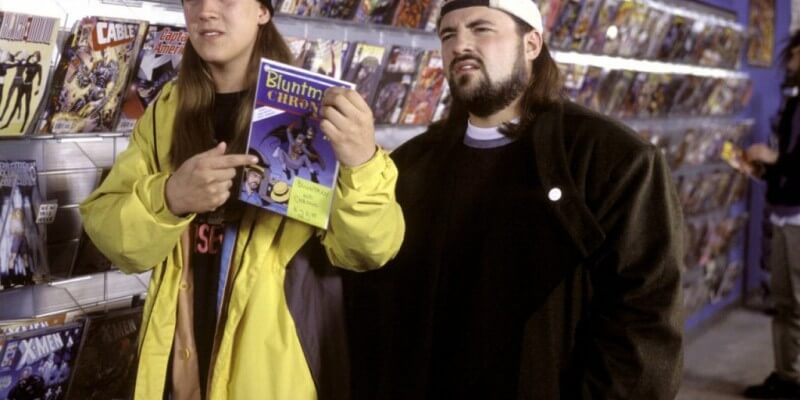 After realizing that he could not get the okay from Universal for a cinematic sequel to his film Mallrats, Kevin Smith is turning to the small screen. Kevin “Silent Bob” Smith announced the project as a sequel to the film over a year ago. Instead, the project will gain new life as a ten episode television series. Smith cites his recent work directing an episode of CW’s The Flash as his inspiration to turn the second film in the Clerks universe into television show.

While I’m in that world and space, a couple months ago, we started reconfiguring the idea of doing Mallrats not as a film, but as a series. Universal and I are just about to close our deal to do Mallrats the series, and then we take it out into the world and find a home for it. So instead of doing a Mallrats movie, I’m gonna do 10 episodes of a Mallrats series.  –Kevin Smith in a recent interview with Slash Film

It remains to be seen on which network the series will air, but cable or subscription outlets would seem to be the best option to retain the style of humor from the original movie. This isn’t the first time Smith’s New Jersey based series of films made the foray into television land. Clerks the Animated Series reunited Dante, Randall, Jay and Silent Bob for the 2000 series. The cartoon was a delightful run of parody, spoof and the essence of the first Clerks film. Unfortunately ABC cancelled the show after its second episode as it did not fit their programming format. The entire six episode program was made available on DVD.

Mallrats, Clerks the Animated series as well as the rest of the Kevin Smith film collection are available on DVD/Blu-Ray. What is your favorite Kevin Smith film? Comment below and stick with ITM for everything fun!