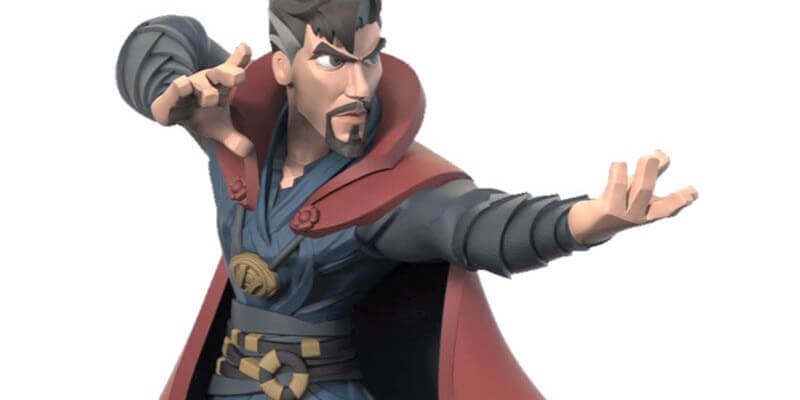 We announced a few weeks ago that the folks over at Disney Infinity are calling it quits.

There will be no more figurines crafted, and no more games in the franchise. The toys-to-life series involved crafting your own play-sets and platforming through cartoonish, alternate versions of classic Disney stories and movies. It was certainly quite an  investment to collect all the toys needed to participate fully in the product, and the franchise just didn’t seem to collect as much steam as competitors like the Skylanders series.

This means we won’t be getting this previously-announced Doctor Strange figure: Bummer, right? It would have been kind of find tooling around in the toybox utilizing the good doctor’s affinity for magic to get the job done! But alas, we only have images of this wicked-looking figure to remind us of what could have been. I’m sure Marvel will release a ton of cool toys featuring the character as the film’s November 4th release date gets closer.

So what do you think? Are you going to miss Disney Infinity, or was it time to throw in the towel on the series? Let me know what you think in the comments below, and for all things Disney, stick with ITM!