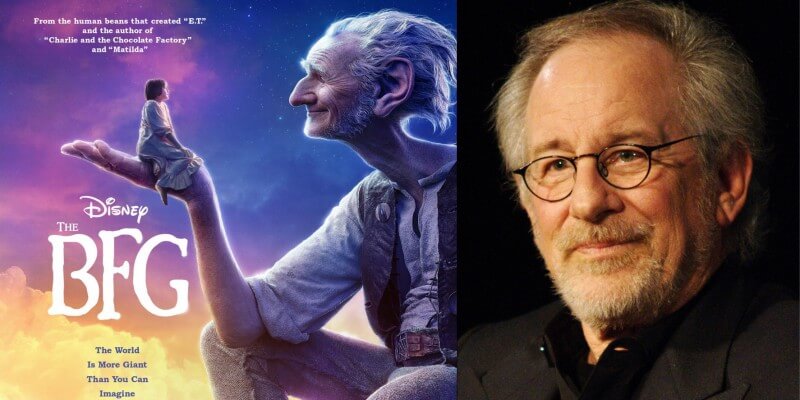 Ask the person next to you to name a famous movie director. Odds are that person is going to say “Steven Spielberg,” and for good reason. Spielberg has contributed more to the contemporary pop-culture landscape than perhaps any other filmmaker alive. After practically inventing the blockbuster with late-70s / early 80s mega-hits like “Jaws,” “Raiders of the Lost Ark,” and “E.T.: The Extra-Terrestrial,” Spielberg comfortably settled into a process of regularly generating reliably fun popcorn flicks in addition to more serious-minded, highly-respected dramas over the following three decades.

As a child of the 80s, I grew up on Steven Spielberg. The gravitational pull of his work was inescapable during that period, and his work both as a director and producer throughout that decade made an indelible mark on my psyche. And considering myself product of that era and those films, it’s difficult not to hold that work up as a gold standard for which mainstream cinema should strive.

For that reason, among many others, it was an incredible honor to be able to sit down with Mr. Spielberg (along with a select group of press) to discuss his new film “The BFG,” which is being released by Disney this week. The 69-year-old living legend, looking unmistakably like himself, sat a mere three feet away from this humble mortal and opened up about the appeal of making “The BFG” and why he doesn’t like to spell out a movie’s message.

“The theme of the movie is something that everybody can determine for themselves. I’ve found, after years of experience talking about my films, my defining my intentions limits the imaginations of those who haven’t seen the film yet. But I can say that [‘The BFG’] is about conversation, and is about two creatures not from the same place—not so much in space, but certainly in genre. One is from a fairy tale, and the other is from Dickensian real-life England, with a bad matron in a horrible orphanage, with very dim prospects for a happy future. And the fact that these two worlds come together and two people who don’t know very much about each other get to know each other through conversation very quickly.”

“The thing that I loved about the experience of working with Ruby [Barnhill, the young newcomer who portrays the film’s live-action protagonist Sophie] and Mark [Rylance, who played the titular Big Friendly Giant via state-of-the-art motion-capture technology] was, [screenwriter] Melissa Matheson, based on the Roald Dahl book, wrote so many beautiful conversations that created a friendship. [They] created a kind of movie that I had not made before. And so that was my way into not only my first fairy tale, but my first Walt Disney movie.”

Walt Disney, was, of course, the Steven Spielberg-type inspiration to Steven Spielberg himself while the bespectacled director was growing up in post-World War II Southern California. “I was really influenced, as a kid, [by] Walt Disney. Disney did two things for me: he scared me more than anyone else ever scared me, then he rescued me from [that] fear five minutes after he terrified me. The other thing Walt Disney did was he extolled the virtues of strong women characters. He did that throughout his entire career, through his animated films.”

“One of the things that attracted me to this story was the true grit of the character of Sophie, and the fact that Sophie could stare down a 25-foot giant who she doesn’t even know. She doesn’t know how dangerous he might be. She’s kind of fearless.”

In person, for the brief twenty minutes I was fortunate enough to interact with him, Spielberg is patient, pleasant, and kind. He’s clearly comfortable handling questions from star-struck fans and fawning film critics alike, but a recurring motif in his answers is the insistence that he makes a point to avoid repeating himself, both in his art and in his words.

“Every movie is like the hunt-and-peck method of typing, for me. I make selections, I pick certain movies I want to direct, based on feeling that that subject matter [isn’t] squarely in my wheelhouse… that I’m not really born with the confidence to have told that story. In other words, I decide what to direct based on, ‘How challenging is it?’ and, ‘How much do I have to learn to qualify to be the right filmmaker for this particular subject?’ It’s like going to college and taking a course that you had a superficial interest in, but as you start to study and you start to read, and you start to listen to your professor, you become enthralled. And then you can’t get enough of it. So every film for me is a little bit like learning from scratch. And that’s why my films are eclectic. Yes, there are many [themes] that run through all [my] films that are part of my nature. But the subject matter, the conceptual foundation of all of those movies—one is so different from the next.”

As longtime Spielberg fans will immediately observe, there is one notable ongoing exception to that rule. “I’ve never made a movie for my ego,” he says before immediately acknowledging the fedora-sporting, bullwhip-cracking elephant in the room. “The only time I’ve really used my ego is when I’m going to direct another ‘Indiana Jones’ film,” he laughs. “And then the ego says ‘It better be as good, if not better, than the one the audiences initially saw in such great numbers that justified another one.’ And that’s the only time that I wonder, ‘I already did it once before. Why am I doing this again?’ Probably the answer is, ‘So nobody else does. So it doesn’t fall into anybody else’s hands.’”

But despite his adventurous spirit and desire to explore difficult terrain, Spielberg does have one hard-and-fast rule about which recently-revived, massively-popular movie series he won’t be participating in on the creative end. “I’m never going to make a ‘Star Wars’ film. It’s not my genre. It was certainly my buddy, the Thomas Edison of science fiction, George Lucas, who created the entire series. But that was never for me. I’m just a fan. I’m just in the audience with everybody watching it.”

As is usual when it comes to Steven Spielberg’s movies, one of the numerous highlights of “The BFG” is its musical score, once again composed by his frequent collaborator, the immeasurably talented John Williams. Williams is responsible for many of the most iconic and instantly-recognizable themes in movie history, and at the press junket I found myself in the unimaginably wonderful position of discussing the details of pair’s working relationship– a cornerstone of Spielberg’s career that I’ve always been incredibly curious about– with the man himself. “John does that all on his own—I just hand my movie over to him. I’ve done that since the first movie we made together; I think he’s scored 28 of my 30 films. What John does [is], I give him my story, [and] he rewrites my story in music. He writes a musical version of the story I’ve just told. But he does sit with me and we look at the movie. Every single scene, we watch together, before he writes a single note. We watch the movie and we decide where there should be music and where there shouldn’t be. He’s a real strong believer [in that]. [For example,] he didn’t want to write any music for the Omaha Beach landings [in ‘Saving Private Ryan’]. He wanted that just to be the reality of what it was like. Those guys didn’t hear an orchestra in their heads when they landed on Omaha Beach. So John said, ‘There’ll be no music until we see the women writing the letters home.’ And that was really the first music after that sequence. So where there isn’t music is as important as where there is music.”

The conversation at the table returned to the subject of “The BFG,” and what Spielberg ultimately attained from his experience making the film. “This was an excursion into the imagination and into magic. I [hadn’t] done anything in my entire career, except a couple of little scenes from time to time, that involved real magic. For me this was an original adventure, and I had the best time. I worked three years on it, and the worst moment I had was when I finished the movie, when it was all done. I had finished the color correction, the soundtrack had been mixed, Johnny Williams had finished his brilliant score, and I was faced with the fact that I wasn’t going to return to the film again. It was at that moment that I realized how deeply in love with this project I had fallen. I didn’t even know that until the last day on the film.”

As for the next step, after the finished product has left his hands and the movie goes out to audiences, how does Steven Spielberg want us to watch it? He doesn’t hesitate for a second in offering his response: “I prefer the movies to be seen on the biggest screen you can find. Go out and hunt for the biggest screen and see it on the biggest screen, that’s what I really want. I’m not a fan of watching on the small screen…” He thinks for a moment, before admitting to breaking his own rule. “Although I myself will watch a classic movie made 75 years ago on my iPad. I watch Turner Classic Movies on my iPad. But I’ve got the new iPad Pro, so it’s pretty big.”