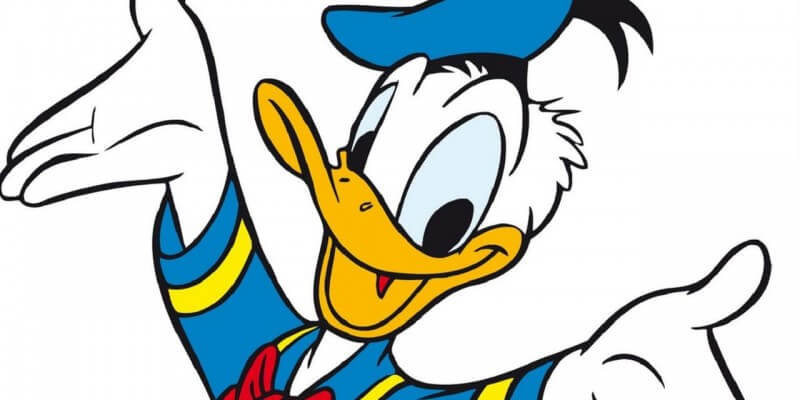 On June 9th in 1934 the short tempered but loveable Donald Duck made his fist Disney cartoon appearance in The Wise Little Hen. One of the founding members of the “Fabulous Five”, Mr Duck has been the star of cartoons, educational films (how can anyone forget Donald Duck in Math Land?), comic books and video games.  He even has is footprints forever enshrined in the sidewalk in front of Grauman’s Chinese Theatre.

During World War II, Donald was drafted (Donald Gets Drafted – 1942) and became the subject of several propaganda films, including the famous 1943 Der Feurhrer’s Face (featuring the popular Spike Jones song). Today Donald Fauntleroy Duck can be found greeting fans in fans in person at each of the Disney resorts around the world and also featured in a few attractions (Mickey Mouse Review, Mickey’s Philharmagic, Gran Fiesta Tour – Starring the Three Caballeros at Epcot and more)

For his 82nd birthday on Thursday, D23 released a montage of memorable moments:

Have a favorite Donald Duck cartoon or attraction? Share it in the comments below.

Comments Off on Donald Duck celebrates his 82nd birthday