Dear Fandom Community, Let's Take It Easy - Inside the Magic 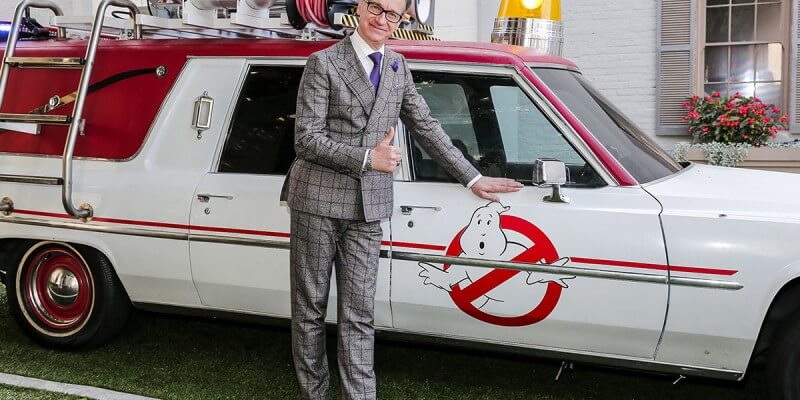 If I could say one thing to the geek and fandom community right now, you are very un-dude to quote the Big Lebowski. By that, I mean everyone needs to chill out and take it easy.

It seems like in the past few years, passionate fans from everywhere, be it comic books, movies, video games, or television shows, not only get mad but enraged when something happens we don’t like, and we feel the need to let the entire world know about it.

It makes us geeks look bad (and psychotic in some cases). It also sours the relationship between the creators and the fans. With the advent of social media, fans, and screenwriters, movie directors, actors, and actresses have never been connected closer. Instead of using that opportunity to get some creative insight into our favorite shows and movies, we use that opportunity to harass them.

Case in point: a few weeks ago, Marvel Editor and Senior Vice President of Publishing Tom Brevoort received a death threat after Steve Rogers revealed himself to be a HYDRA Agent from an alleged former US Marine. The threatener said he based his code of ethics after Rogers, and now that Rogers is a HYDRA agent, his whole code of ethics is “meaningless.” The threatener went on to say he would “use every resource at my disposal, every avenue that I can to locate and track you down. I WILL find you eventually, and I WILL kill you in the most painful way possible that I can think of.”

The writer of the story, Nick Spencer, was also on the business end of death threats via Twitter.

This was all over a comic book character. Let that sink in.

The 2016 Ghostbusters movie has been a lightning rod of hate from fans. Granted, some fans might have valid reasons for not wanting to see it, but I am talking about people directly attacking director Paul Feig and the actresses involved in the movie. There is no need for that.

Not only is it the cast and crew of Ghostbusters getting venom spewed on them, but other fans as well. Angry Video Game Nerd James Rolfe posted a video last month saying he wasn’t going to see the movie for various reasons, all valid, in my opinion. But the very next day, Rolfe was labeled by some as sexist for not wanting to see the movie. As a long-time fan of his, I took great umbrage to that. If any of the people calling him sexist even bothered to watch the video, which they CLEARLY didn’t, or watched any other video he has ever made, they’d know there is not a sexist bone in his body and the fact the main cast is primarily women had NOTHING to do with Rolfe not wanting to see Ghostbusters.

Even the Walking Dead isn’t immune to fan criticism. When the season six finale aired this year, fans were outraged when newcomer Negan (Jeffery Dean Morgan) killed someone off-camera, and viewers didn’t find out who became the latest casualty on the hit show. Keep in mind they were mad because the season ended on a cliffhanger, a storytelling technique that has been around since movie serials in the 1920s, why they felt so entitled to instantly find out who got the barbed baseball bat to the head when plenty of shows before TWD ended their seasons on cliffhangers, like Smallville, Breaking Bad, Friends, the Simpsons, Alias, and most famously Dallas.

Another recent example is Batman V Superman and Justice League part 1 director Zack Snyder. After fans weren’t happy with BVS, fans started a petition on Change.org to have Snyder taken off both Justice League movies. So rather than use Change.org for actual problems, they decided to use the website to make a movie director lose his job. Sure the movie had its faults, but was the movie SO BAD that Snyder should’ve lost his job over it? No, not by a long shot.

Michael Bay is another battle-tested veteran of fandom hate. I don’t know what he did that some movie fans despise him. It seems like no matter what he does, fans have been conditioned to hate him. Remember when it was announced Bay was producing Teenage Mutant Ninja Turtles? Across the Internet, fanboys were claiming Bay would “ruin their childhood” and were on the verge of a nervous breakdown. Well, the movie ended up being awesome, and a second one is currently in theaters. I love Michael Bay’s movies. Transformers (a Bay-directed franchise for those not in the know) was one of the best movie-going experiences I have ever had in my entire life. The crowd was in sync with each other and so into the movie. There’s a reason Bay is the second highest-grossing movie director of all time.

And if there is a granddaddy of fandom hate, it is Star Wars director and creator George Lucas. When the Phantom Menace was released in theaters in the summer of 1999, you’d think he put a snuff film on-screen by the way some fans reacted to it. After every other prequel hit theaters, fans online had that mind-numbing argument saying Lucas “got Star Wars wrong.” First of all, that is a virtual impossibility. Lucas created Star Wars. He can’t get it wrong. There was even a documentary about how much some fans hate Lucas called the People Vs. George Lucas. The same goes for Indiana Jones and the Kingdom Of the Crystal Skull. No matter how much you may have loathed that movie, Lucas didn’t “get the characters wrong.” He created them with Steven Spielberg.

As much as we’d like to claim ownership for the series and characters we have grown to love; the unfortunate truth is they were never “ours” to begin with. The characters belong to the creators. Every single television show, movie, video game, comic book, or novel we consume is really the product of someone’s creativity — and they’re putting themselves out there for the world to see. Sure, the final product might now be a home run every time, but we as fans at the very least should show some common courtesy and be respectful to the people behind what we like.

I’m not saying fans can’t have an opinion on things. On the contrary. My dream isn’t for everyone to hold hands and sing “Everything Is Awesome.” If you like something that happens in a movie, TV show, or not, that’s your prerogative. I’m just saying from now on, go on with your life. I wouldn’t say I liked The Amazing Spider-Man 2, but I didn’t write a manifesto about how director Marc Webb and the cast completely ruined Spider-Man for me. I talked to a few of my friends about how much I wouldn’t say I liked it, went home, cooked up a Hungry Man dinner, and watched Family Guy. The very next day I was happy again!

I’m not trying to create a South Park-Esque safe space for these people. I’m saying that if you are going to criticize something, make sure it is the product: not the actual person behind it. Understand what I’m saying?

Just one more thing. Us geeks should be thankful that all this stuff is popular now. I remember back in the day just DREAMING a movie like Batman V Superman or a new Star Trek movie. I’d talk about the comic book in hush tones with some of my friends. But, unfortunately, the only people who knew what a Mjolnir was were my friends and comic shop owners. Geek culture may be cool now, but they’ll be stuffing us in lockers again before we know it.