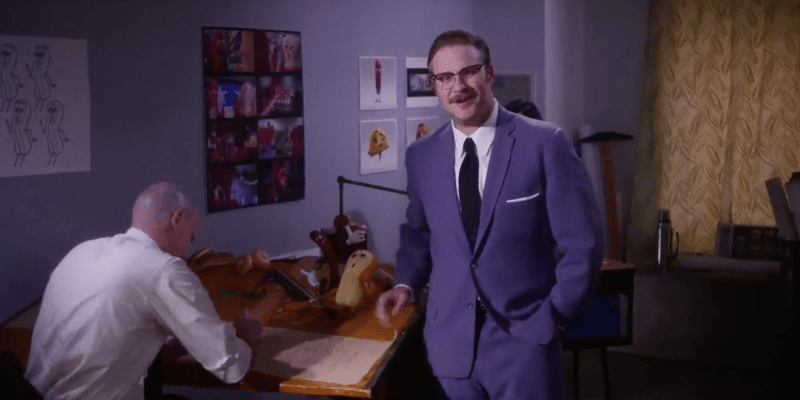 The best part: It’s a direct parody of the “Wonderful World of Disney”-style behind-the-scenes shows from the ’50s. And it’s glorious.

My Animation Imaginatorium has cooked up up a new movie called “Sausage Party”. Check it out: https://t.co/IvgfPHwWLT

What’s the movie actually about? Well, try this on for size: one sausage leads a group of supermarket products on a quest to discover the truth about their existence and what really happens when they become chosen to leave the grocery store.

The film is directed by Conrad Vernon and Greg Tiernan, and it will be released on August 12! What do you guys think of the promo? Let me know what you think in the comments below!