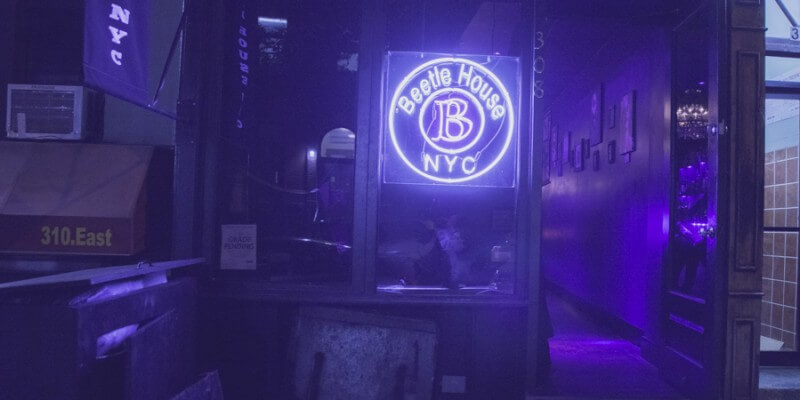 Last month I was excited to report on a Tim Burton inspired bar and restaurant opening in New York City.  The Beetle Bar recently had a soft opening and is now in business; so, I decided to scour the weird wide web to glean whatever glamorous goods I could dig up on the new venue. I was somewhat disappointed on what I found.  I get that many spaces in the city are not much more than shotgun-style oversized hallways and that, in itself, is not an issue. Maybe my expectations are too high (living in the land of theme parks, facades and over-the-top events for 15 years may have jaded my hopes)?

Leaning on Burton for inspiration, I expected more creepy and bizarre décor and a better use of the layout. Granted, I’ve not visited the place, but a picture is worth a thousand words . . .and what I saw disappointed. There are a few weird items on the wall, a couple photos from Burton’s films and an enticing (if not pricey) menu, but that’s where the themed fun ends. Sadly, even the appearances of the paranormal pal himself, Beetlejuice, seem cheap, as seen in this YouTube birthday video: (Above images courtesy of bedfordandbowery – which also reports that the bar and restaurant has been served a cease and desist order from Warner Brothers, the owners of the Beetlejuice move rights)

Hopefully, as time marches on and the owners have the place running for a while, we’ll see more Burton-inspired décor.  Until then, I’m reluctant to say the big guy’s name more than once.  Best of luck Beetle Bar – great concept, hoping for more Burton please.