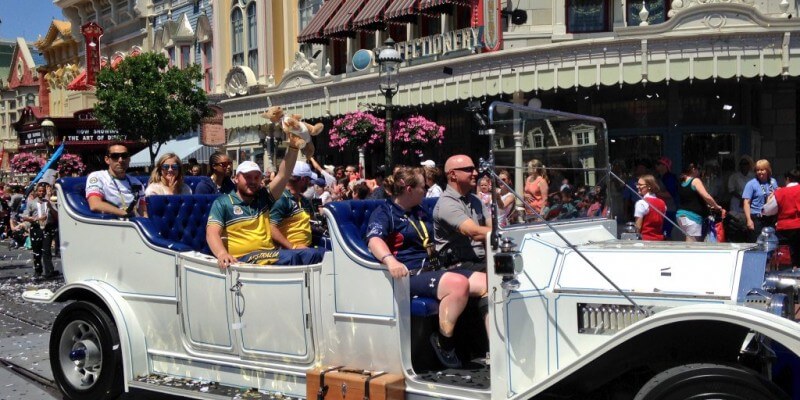 What a way to jump-start an event!

More than 500 athletes will be competing in the 2016 Invictus Games at the ESPN Wide World of Sports Complex, and Olympic Gold Medalist Shawn Johnson joined a ton of other awesome athletes for a parade at the Magic Kingdom.

@DisneySports tweeted out a bunch of images, of the event: For those who don’t know, the five-day event will include more than 500 injured military veterans who will be competing for their countries in 10 events ranging from track and field to wheelchair tennis to swimming. The event will also include extravagant opening and closing ceremonies and it will run from May 8-12 at the ESPN Wide World of Sports Complex.

The event is being televised live on ESPN and will include more than 40 hours of coverage. The Invictus Games is the vision of Prince Harry, and made its London debut in 2014. First Lady Michelle Obama and Dr. Jill Biden along with Prince Harry were among the international dignitaries who made an appearance — and they’re all confirmed to attend this year’s event. How awesome is that?!

For more updates on the 2016 Invictus Games, stick with Inside the Magic!