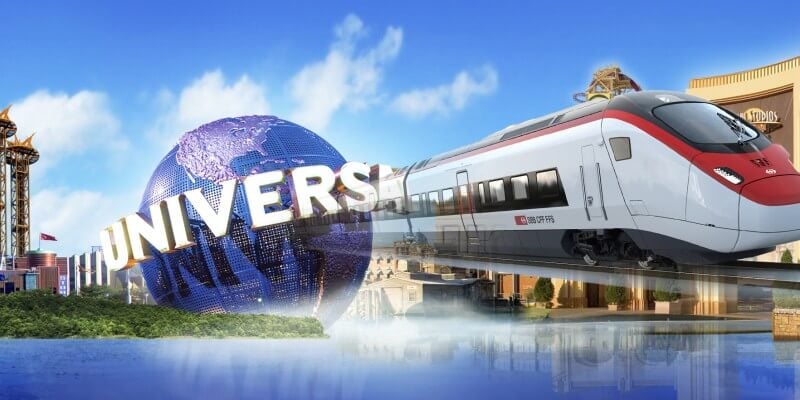 It has been reported that Universal Orlando Resort could be in the process of brainstorming new ways to get tourists to its future expansion plans on Universal Boulevard. You can see in the proposal below that the company is entertaining new transportation options within their International Drive area. All of this would make complete sense, especially given the fact that Universal Orlando Resort’s growth will be increasing exponentially with new additions in the coming years. So it wouldn’t be a bad idea to give tourists the option to connect from hotels to parks in a way that doesn’t require too much physical effort.

BizJournals reports that the map only shows a line connecting Universal’s two noncontiguous parcels — a 20-acre parcel and a 17-acre site fronting Universal Boulevard— to the much larger 400-plus acre land mass along the corridor. There haven’t been any details on whether that would be a rail, road or even water system that could help connect the three parcels of land, but it’s at least nice to know that they are aiming for convenience along with their major expansions.

What kind of transportation connection would you like to see at Universal Orlando Resort? Let me know what you think in the comments below!