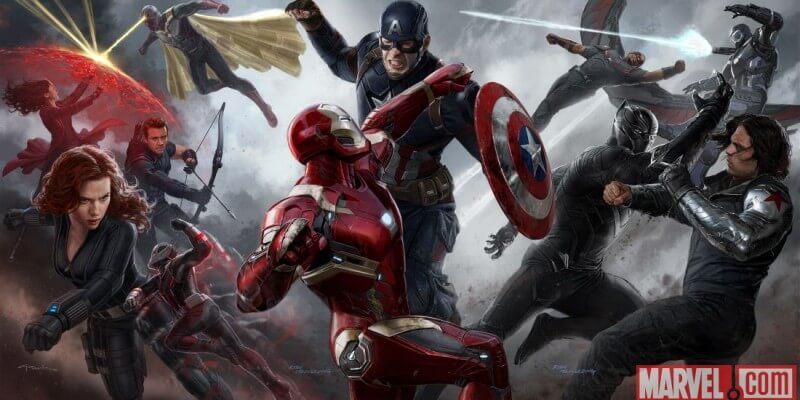 In the past month a myth about movie critics being paid off by Walt Disney Studios Motion Pictures to bad-mouth Warner Brothers’ Batman v Superman: Dawn Of Justice and 20th Century Fox’s X-Men: Apocalypse has been growing online so much, a petition has been made on Change.Org to make sure such a crime doesn’t happen.

To give you a little bit of background on this whole mess, YouTube personality Grace Randolph perpetuated this myth last month when she called upon her fans on Twitter to attack movie critics who dared to even have the unmitigated gaul to compare Batman v Superman: Dawn Of Justice and Captain America: Civil War when early screenings were going on for Civil War.

Important: if u see anyone criticizing #BatmanvSuperman to praise #CaptainAmericaCivilWar call ’em out or don’t click – that will stop it

Randolph even retweeted something one of her followers sent to her of a critic just saying in her Rotten Tomatoes blurb Captain America: Civil War did a better job balancing fun and seriousness compared to BVS.

To those today who told me I was “delusional” re critics agenda against #BatmanvSuperman, take a look: https://t.co/60cSGkK3bp

Randolph also accused via retweet of online personality John Campea of being in the bag for Disney when one of her followers tweeted her a picture of Campea at the Captain America: Civil War premiere. Camp, who liked both Man Of Steel and BVS defended himself on Twitter as well as posting a response video on Youtube.

Does this myth have any ground to stand on? Is Disney really greasing the palms of movie critics to make sure the House Of Mouse reigns supreme at the box office? Like the word “supercalafragalisticexpialadoshus”, this is all nonsense.

I’m not saying this because I write for a primarily Disney-themed blog. For the record, I LOVED BVS. I saw it in theaters four times! (Guardians of the Galaxy still holds my personal record of seeing a movie in theaters six times. Starlord forever!) Ben Affleck was the bomb as Batman.

I’m saying this because common sense tells you it simply isn’t true. No matter how many times Randolph retweeted a critic comparing BVS and Civil War or how sophisticated the petition tried to sound, there was absolutely no proof at all. You can’t make strong accusations like that and then bring nothing to the table. Why would respected movie critics like Michael Phillips of the Chicago Tribune or Ty Burr of the Boston Globe compromise their integrity and bring their character into question by accepting bribes from Disney just to give a movie a bad review? Honestly think about that.

As much as I loved Batman v Superman, I can see why people didn’t like it at all. The movie seemed to be missing some key plot points (How did Superman know Bruce Wayne was Batman? What exactly was Lex Luthor’s reason for hating Superman? Why was Diana Prince looking at that sword in the museum with Bruce?), the tone was too dark at times and Jesse Eisenberg seemed to be channeling Daffy Duck for his version of Lex.

What would Walt Disney Studios have to gain by paying off critics to give their competition bad reviews? They currently have five of the top ten highest grossing films of all time (Star Wars: the Force Awakens, The Avengers, Avengers: Age of Ultron, Frozen and Iron Man 3) and three of the top five highest grossing films of 2016 so far (Zootopia, Civil War and the Jungle Book). Does that sound like a company in need of bribing?

Live look at Disney counting their box office earnings this year. Via Giphy

Also, if Disney paid off critics to badmouth their competition, then why did this year’s Deadpool, a Marvel property owned by 20th Century Fox, get such rave reviews and all the money in the world? Wouldn’t Disney make sure the merc with a mouth went down in flames so their Marvel properties ruled the roost at the box office? No, it didn’t happen cause Deadpool is an awesome movie and deserves all the praise it gets.

Now look, I am sure there has always been some funny business going on behind the scenes in the entertainment industry. After all, the radio business was busted with the Payola scandal back in 2005 and the late 50’s. But in those instances, radio stations got incentives to play certain songs and artists; not sideline a record label’s competition.

But to say a major movie studio that is THRIVING right now is paying off critics to give their competition bad reviews? No, that’s just not happening. Disney has bigger fish to fry.