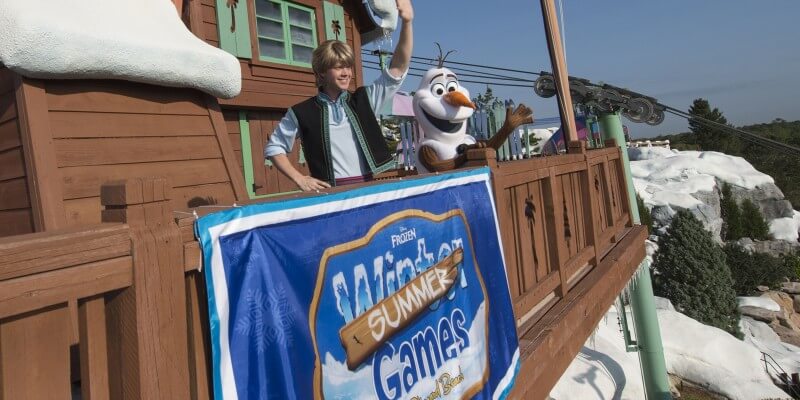 It’s getting hotter and hotter with each passing day here in Florida so we can’t wait to enjoy a gorgeous summer with our favorite “Frozen” pals Olaf and Kristoff over at Disney’s Blizzard Beach!

As previously announced back in March, the inaugural “Frozen” Games at the popular water park at Walt Disney World will feature the two stars hosting a variety of fun winter-themed activities for the whole family. Today, the Disney Parks Blog has announced that it will take place starting May 27 and running through Aug. 21!

As for what’s in store for Team Olaf and Team Kristoff, Disney has the breakdown of what’s going to go down:

Olaf and Kristoff will be on hand, appearing on the Observation Deck near Summit Plummet to take part in the opening and closing ceremonies, and giving updates on their teams’ progress throughout the day.

The “Frozen” Games will be an all-day event that guests can sign up for when they arrive at the park entrance. All activities are included with regular admission to Blizzard Beach.

Now that sounds like a really fun way to cool off while also getting a little competitive with friends and family! We’ll see you there.