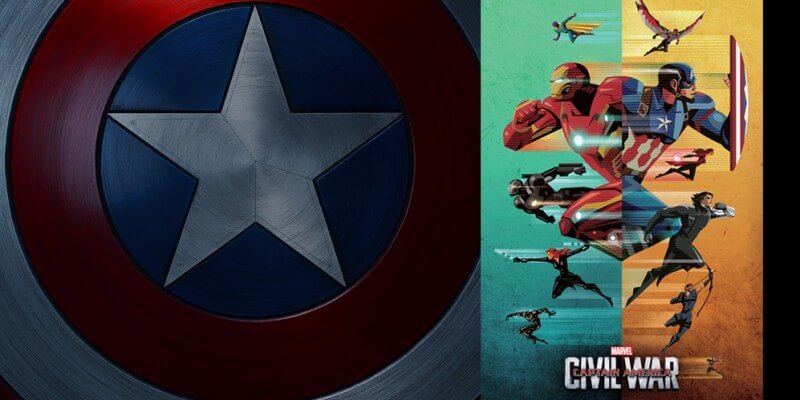 Looks like it’s going to be a “Captain America” kind of summer. The new movie from Marvel Studios, “Captain America: Civil War” is already raking in serious amounts of cash at the box office, and both the critical reaction and fan response have been tremendously positive.

Now Marvel and Disney have joined forces with movie ticket source Fandango to bring you three exclusive, awesomely-stylized “Civil War” posters, and you can get one of them for FREE (plus a $3.75 shipping charge , of course) just by linking your Disney Movie Rewards and Fandango VIP accounts, both of which are free to sign up for as well. While you’re there, if you want to purchase the full set of all three posters, you can do so for just $17.99, which includes shipping and processing.

Check out the other two posters below: Depicting Team Captain America and Team Iron Man taking flight against each other, this series of posters would look great together on the wall of any Marvel fan.