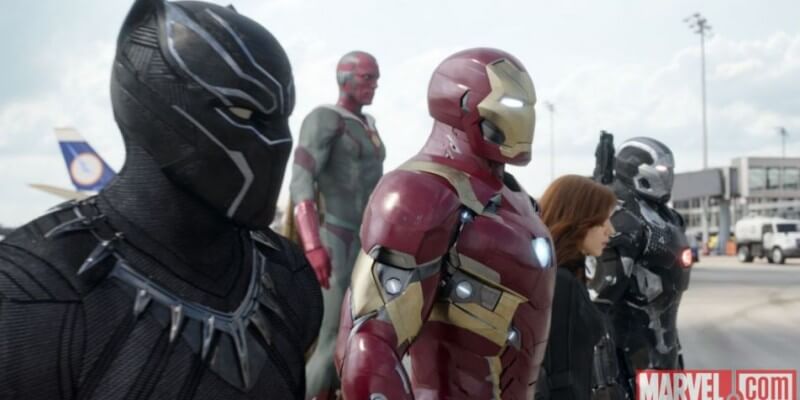 It looks like Marvel-Disney’s Captain America: Civil War has kicked off the summer with a massive $181.8 million weekend at 4,266 U.S. locations. That’s a lot of dough!

According to Variety, the third Captain America movie opened with the fifth-best domestic opening weekend of all time — Star Wars: The Force Awakens at $248 million and Jurassic World at $208.8 million are still the reigning kings. This is no surprise, as the film clearly has a little something for everybody. It’s quite a spectacle.

“‘Captain America: Civil War’ certainly delivered the goods as the official kick off movie of the summer of 2016 was in perfect position to capitalize on its sheer quality, massive entertainment value, brand appeal and a high-profile release date,” he noted. “Despite a cadre of sports-related options on the small screen, including the Kentucky Derby and Stanley Cup playoffs, ‘Cap’ came on strong with a top 5 all-time opening weekend debut and expected long-term bankability at the multiplex.”

Captain America: Civil War is in theaters now, and personally, I can’t wait to give it a second viewing. What did you think of the new Marvel epic? Let me know in the comments below!