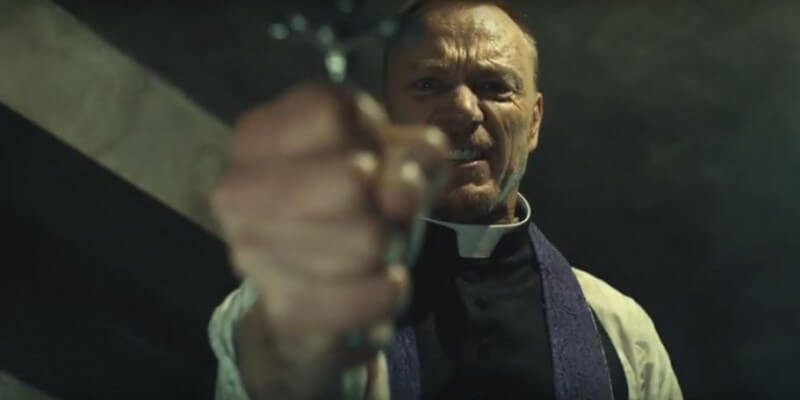 Bringing FEAR to Fridays, Fox TV is rebooting one of the most frightening franchises in horror history – The Exorcist. This week Fox set loose a first bone-chilling peek (for those brave enough watch) with its first frightening trailer for the series.

In this all new TV series, two Priests come face to face with a mortifying case of demonic possession. Ben Daniels (House of Cards/Flesh and Bone) has been cast as Father Marcus Brennan, an obsessed Vatican schooled priest bent on dispatching the church’s foes, and Alfonso Herrera (Sense8) will play Father Thomas Ortega, a progressive pastor of a small Chicago Catholic Church.

The two men of the cloth focus their faith and attention to assisting the Rance family (members of Father Thomas’ congregation) as they deal with the darkness presumed to be consuming the household. Geena Davis assumes the role of the mother, Angela Rance, trying to hold her family together (haunted by nightmares and the terrors that are facing her family) through the mysterious events unfolding around them. The Rance’s have two daughters: Hanna Kasulka plays Casey, the youngest, who has been hearing strange noises, and reclusive Katherine is played by Scream Queens star Brianne Howey.